Home / lifestyle / Who is CM Punk's Wife in 2021? Details on His Previously Relationship Here 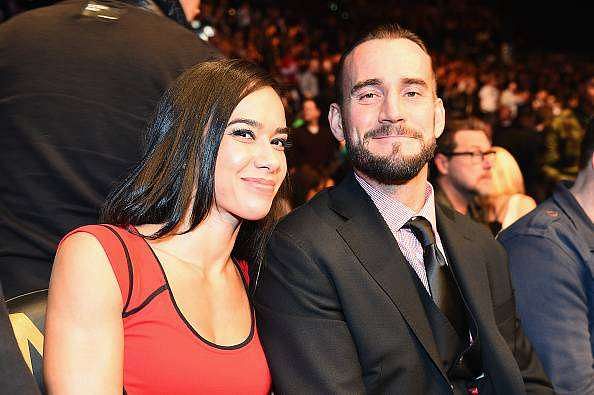 Grab All The Details on CM Punk's Relationship with Fellow Wrestler- Aj Lee!

CM Punk is a well-known wrestler who was born in the United States on October 26, 1978. He was born Phillip Brooks, and he became the WWE's longest-reigning World Heavyweight Champion.

According to Celebrity Net Worth, CM Punk has accumulated a massive net worth of $12 million as an American retired professional wrestler. In the 1990s, he started his wrestling career as a backyard wrestler. His brother embezzled money from the promotion during this time, and the brothers have been estranged ever since.

AJ Lee's name is as well-known in the professional wrestling world as CM Punk's wife. Lee was born in New Jersey on March 19, 1987, and is of Puerto Rican origin. She had stated that her youth had been devastated by poverty, drug abuse, and mental illness in the family.

Punk's spouse Lee was inspired to become a professional wrestler by her brother's passion for WWE. In reality, she was set on achieving her ambition since she was 12 years old when she first saw Lita and other WWE female wrestlers.

CM Punk and AJ Lee are in the ring.
Photo Source: GiveMeSport

After high school, Lee enrolled at NYU to study film and television production but had to quit owing to financial difficulties. Following that, she focused solely on professional wrestling training.

AJ's WWE career began when she won the Florida Championship Wrestling (FCW) championship, which is known as WWE's developmental zone. April Lee was her ring name when she first debuted, but it was changed to AJ Lee not long after. Lee debuted on WWE SmackDown in May 2011 after appearing in the third season of NXT in September 2010.

Lee began establishing her dominance in the ring after a dramatic plot of personal pursuits, in which she was also linked with John Cena.

Lee and CM Punk walked down the aisle on June 13, 2014, and the couple now lives in Chicago, Illinois. After a permanent cervical spine injury and her husband's dramatic exit, she eventually withdrew from WWE. Her on-screen persona as a wrestler was portrayed as mentally unstable,' which she subsequently claimed was a symptom of her real-life bipolar disorder, which WWE was ignorant of.

Lee's memoir 'Crazy Is My Superpower: How I Triumphed by Breaking Bones, Breaking Hearts, and Breaking the Rules' was listed in the top ten of the New York Times Best Seller List after she retired.

Lee is also an outspoken supporter of mental health and animal rights. Scrappy Heart Productions, which represents American Latinx storytelling, is included in her Instagram bio.

All Of CM Punk's Previous Relationships

Before being forever tied to AJ Lee, the wrestler has previously dated a few beautiful faces. From October to December 2011, CM Punk and WWE wrestler Beth Phoenix (Elizabeth Kocianski-Copeland) were dating.

Before being forever tied to AJ Lee, the wrestler has previously dated a few beautiful faces.
Photo Source: Instagram

Similarly, from 2009 through 2013, CM Punk and veteran WWE wrestler Lita were together. In June 2006, he and fellow WWE star Barbie Blank aka Kelly Kelly were believed to have had a romance budding between them.

Who Are CM Punk's Siblings? Learn About His Family Here