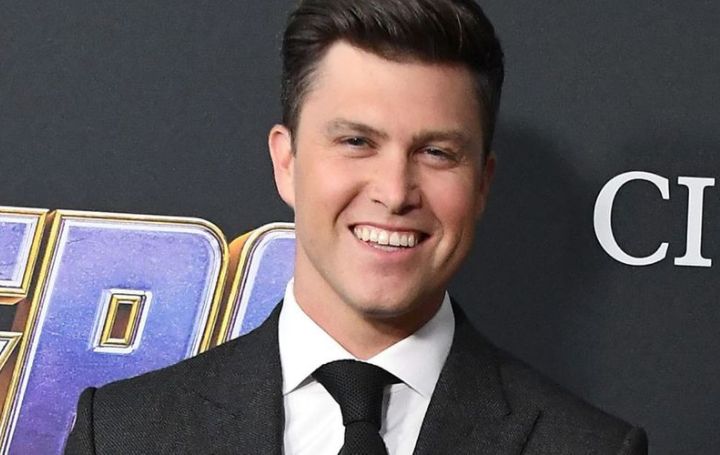 Grab All The Details of Colin Jost's Income And Earnings As of 2021 Here.

Born on June 29, 1982, Colin Jost was born in New York City. His father, Daniel A Jost is a former teacher at Staten Island Technical High School, and his mother, Kerry J Kelly is an ex-chief medical officer for the New York City Fire Department. Further, he has a brother named Casey Jost.

Jost is an American comedian, actor, and writer. He is famous for the popular American late-night live television comedy and variety show Saturday Night Live. In addition to the show, he has also been the co-anchor since 2014.

39-year-old Colin married Scarlett Johansson, the Black Widow of the Marvel Cinematic Universe, in October 2020. The duo dated since May 2017 and got engaged in May 2019.

It is not a surprising fact that Colin Jost is a millionaire. According to Celebrity Net Worth, he holds a massive net worth of $8 million as of 2021.

As mentioned above, Colin is one of the writers of the SNL and has been since 2014. Being the main cast member of the show, he earns $25000 per episode as he appears in at least 21 episodes each year and earns $525000 per year solely from the front.

Check Out: Johannes Huebl Net Worth in 2021: All Details Here

Apart from being a stand-up comedian, Jost is also an actor and writer. His first writing skills for a film were portrayed through the film Staten Island Summer in which actors such as Fred Armisen, Will Forte, and Ashley Greene. However, the movie didn't make it through the theatres but later was broadcasted through Netflix.

Harvard graduate Colin made a guest appearance in the romantic comedy How To Be Single starring Dakota Johnson, Rebel Wilson, and Leslie Mann. The movie made a huge success at the box office with a grossing profit of $112 million. In addition to the guest appearance, he also voice-acted in the 2021 live animated film "Tom and Jerry."

According to Heavy, Colin Jost lives in a luxurious house in New York worth $4 million. As per the reports, Colin and his wife Scarlett searched for the perfect home for them for several months and finalized their decision in October 2018.

Previously owned by Brenda Forbes and Robert Sneden, the property is covered with ivy; it has the name the Ivy House and is located in the area formerly known as Snedens Landing.

The property stands on 0.79 acres with four bedrooms and four bathrooms inside. Furthermore, it has a living room with French doors leading to a greenhouse covered with glass around.

Furthermore, there are two dining spaces, a den, tennis courts, and a carriage house inside the massive residence. It is one hour far away from Manhattan and faces the Hudson river in front.

Colin Jost is Also a Philanthropist

5' 10" tall Colin Jost donates most of his earnings to charity events and campaigns. He is not only a multi-talented artist but also is humble and kind one.

During Jost's college days, he was dorm-mates with 2020 Democratic Presidential candidate Pete Buttigieg. In 2015, Jost helped Buttigieg in his reelection campaign. Moreover, Jost supported Buttigieg during his presidential campaign by portraying the image of Pete on the 45th season of SNL.

Jost has supported his former mates during his campaign and did good deeds during his nuptials. According to BBC, the SNL writer Jost and the Marvel Avenger star Johansson announced their wedding through the social media account of the Meals on Wheels America, the food charity outlet, instead of breaking it through their representatives.

In July 2021, Colin Jost published a book titled "A Very Punchable Face: A Memoir." The book focuses mainly on his early days in Staten Island and some of the reminiscences of his days from Harvard Lampoon to SNL to Weekend Update.

Though the book was released during the pandemic, it was well-received by the audiences. Due to its wide popularity, it appeared on the New York Times Bestseller List.