Home / net-worth / Is Columbus Short Still Acting? What is his Net Worth? All Details Here 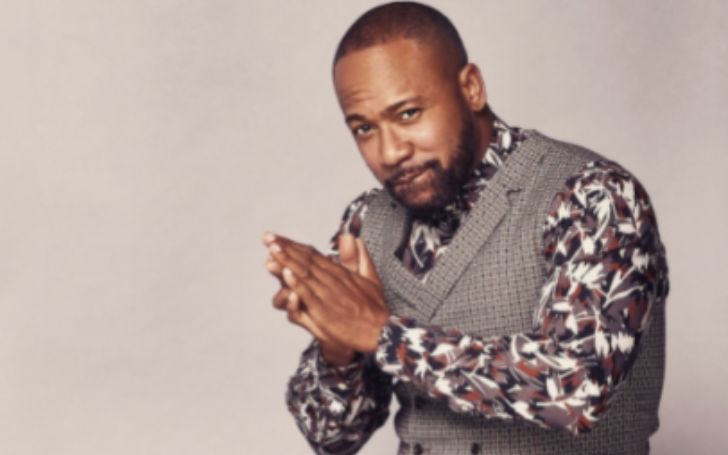 Learn All About Columbus Short's Net Worth!!

Columbus Short is a choreographer and actor from the United States. He worked with Brian Friedman and choreographed Britney Spears' Onyx Hotel Tour. Stomp the Yard, Cadillac Records, Armored, and The Losers are his best-known movies.

The 39-year-old artist previously appeared as Harrison Wright in the ABC program Scandal as a series regular. Short confirmed his departure from Scandal on April 26, 2014, after three seasons with the show. He is married to his wife, Aida Abramyan Short, and has two kids together.

As per Celebrity Net Worth, Columbus Short has a net worth of roughly $2 million. He earns this substantial sum of money through his acting career.

Columbus Short is a choreographer and actor from the United States.
Photo Source: Instagram

Short enhances his acting income with choreography, endorsements, and a singing career. He has amassed a sizable net worth due to his acting career, which he began in 2003 and has continued to grow in recent years.

Columbus Short made his acting debut in You Got Served as a dancer, and he then starred alongside Justin Long in Accepted. He starred alongside Izabella Miko and Stomp the Yard in the direct-to-DVD film Save the Last Dance 2.

Columbus Short made his acting debut in You Got Served as a dancer, and he then starred alongside Justin Long in Accepted.
Photo Source: Instagram

In 2006, Columbus played Darius Hawthorne, a new program writer on NBC's Studio 60 on the Sunset Strip. He was one of the presenters at the NAACP Image Awards in 2007. Short starred alongside Chris Brown and Lauren London in the 2007 film This Christmas.

You May Also Like: How Much is Ryder Robinson Net Worth? All Details Here

Columbus Short pleaded guilty to misdemeanor domestic violence and completed 30 hours of community service as part of a no-jail plea arrangement in 2014. He also escaped prison by pleading no guilty to a felony assault charge after throwing "a running punch" at his in-law at a bar during a family gathering.

Short said he was taunted and responded in self-defense. While his opponent admitted, he had taken off his shirt and was ready to fight Columbus before the punch resulted in a concussion and a cracked eye socket.

In an interview with Access Hollywood Live, Columbus said that stress from family troubles and personal grief led to substance usage, including drunkenness and cocaine use.