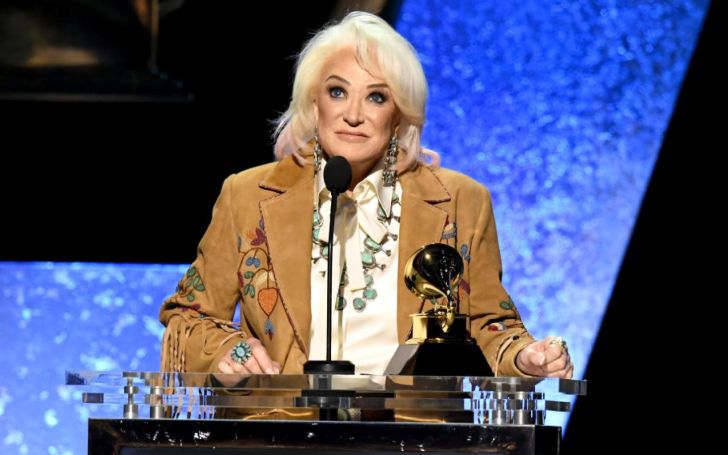 Here are all the details related to the relationship status and dating history of the American musical artist Tanya Tucker.

Tanya Tucker is a well-known American country music artist prominent for her first hit music 'Delta Dawn' in 1972 at the age of 13. She went on in her successive years to become more popular and made several top 10 and top 50 hits throughout the years.

Tanya Tucker made her first hit 'Delta Dawn' at the age of 13.
Source: Nash Country Daily

Tanya Tucker created several successful albums in her career as a singer with various Country Music Association award nominations. Her hit songs include 1973's 'What's Your Mama's Name?' and 'Blood Red and Goin' Down,' 1975's 'Lizzie and the Rainman,' 1988's 'Strong Enough to Bend,' and 1992's 'Two Sparrows in a Hurricane.'

Tucker won the Grammy Award for Best Country Album for her album 'While I'm Livin' in 2020. In addition, Tucker won the 2020 Grammy in the category of Best Country Song for the song 'Bring My Flowers Now' from the same album which she shared with Brandi Carlile, Phil Hanseroth, and Tim Hanseroth.

If you are curious about the relationship status and dating life of the 61-year-old singer, then you came to the right place. Here in this article, we provide you with complete and reliable information related to the love life of Tanya Tucker.

The multimillionaire Tanya Tucker is currently unmarried. However, the singer, in all the years, is involved in a relationship with various figures. At present, Tanya is dating the American country singer Craig Dillingham.

Tanya brought Craig to the 2020 Grammy Award as her date. It's been a few months since the couple is dating, but they knew each other for nearly 50 years. Well, they turned their friendship into a beautiful relationship, strengthening the deep love they hold for each other.

Tanya Tucker - who went under the knife due to aging - was involved in relationships with various prominent individuals. She dated the American music artist Glen Campbell from 1980 to 1981. Glen Campbell, after his divorce from his second wife Sarah Barg in 1976, got into a relationship with Tanya. The relationship at the time was the subject of various celebrity articles and gossips.

Tanya Tucker and Glen Campbell dated from 1980 to 1981.
Source: The Inquisitr

The duo recorded many songs together, such as 'Dream Lover' and performed the national anthem together at the 1980 Republican National Convention.

Tanya also was involved in dating other people such as Merle Haggard, Andy Gibb, and Don Johnson.

Tanya Tucker used to be in occasional romantic life with the Nashville musician Jerry Laseter. They got engaged two times, in 1997 and 1999. Tanya canceled her 1999 wedding just a few days before after finding out she was pregnant with her third child. She said she did not want to walk down the aisle with a pregnant belly in her wedding dress.

Well, we wish all the best for the singer in her new love life with Craig Dillingham and hope that they will soon take their relationship to the next level by tying the knot in the future.

Also learn about: Charlotte Flair was Divorced Twice - Who is Her Current Husband?