We Are Here With The Detail on Relationship Status Of "Crazy Rich Asians" Cast Ronny Chieng.

Ronny Chieng was born Ronny Xin Yi Chieng on November 21, 1985, in Johor Bahru, Malaysia, to a Malaysian Chinese family. He is renowned as a co-writer and the star in ABC's Rony Chieng: International Student. Similarly, he is famous as a correspondent in The Daily Show with Trevor Noah. Similarly, he is well-known for his appearances in movies; Ronny's recent film was Godzilla vs. Kong.

Stand-up comedian Ronny is known worldwide for his performances in several international shows like Asian Comedian Destroys America!, Crazy Rich Asians, and numerous others. As of July 2016, he was named one of 10 Comics to Watch by Variety. Furthermore, he is also the funniest guy on Netflix.

No doubt, being a famous comedian, writer, and actor, Ronny accumulated an impressive fortune. His net worth is estimated to be approximately $3 million as of 2021. Professional life and finances apart, let's talk about his married life in detail now.

Is Ronny Chieng a married man? Yes, he is, and he tied the knot with his Vietnamese-Australian girlfriend, Hannah Pham. The lovely duo exchanged their engagement rings back in December 2015.

Almost a year after they got engaged, Ronny and Hannah shared their vows on September 9, 2016. Fun fact, the lovely couple had not one but three separate wedding ceremonies. Indeed, they did.

Ronny Chieng and his wife, Hannah Pham, 34, don't
have any kids yet.
Photo Source: Instagram

Ronny first met his love during his college days. Precisely speaking, both were college students, and after knowing one another for a while, they fell for each other.

The lovely duo Ronny and Hannah studied together and graduated from the University of Melbourne, where Pham earned her law degree, but Chieng's interest was somewhere else, so he picked up comedy in his last year of college.

Also, Read: Tariq Trotter Married Life as of 2021: Find All Details On His Wife Here

As mentioned earlier, the couple just not married once, twice, but three whole times! As Ronny, 35, cited in Netflix stand-up special, 'We had to get married three times, the first wedding we had in Melbourne, Australia, where Hannah is from.'

Ronny Chieng and Hannah Pham are in love with
each other since college time.
Photo Source: Instagram

Ronny continued, 'Then we got married in Kuala Lumpur, Malaysia, even though I'm not from Kuala Lumpur but who gives a f--k what the groom wants!' And for the third time, the pair tied the knot in New York for green card purposes.

As of now, Ronny and his college sweetheart turned wife are together as a married pair for more than five years; so did they expand their family. It seems the lovely duo are still busy with themselves. To put it simply, Ronny and Hannah have no child yet.

Ronny and his better half are living in Manhattan for the last few years. The stand-up comedian even told NY Times in 2018 that he and his wife love a day out on weekends. As per his statement, 'I'm very much an action movie person, and she is Notebook type, trying to find an overlapping movie is the fun part.'

As per Deadline, The Daily Show with Trevor Noah correspondent Ronny Chiengis going scripted. We will see him in a recurring guest star role on the Disney+ reboot of Doogie Howser.

Let's Check: Who is Anya Taylor-Joy's Boyfriend in 2021?  Find It Out Here

After Ronny scored a spot in the ring on NBC's Young Rock, he got such a good opportunity. You can look at Ronny in a different light; another project he recently joined is the much-awaited thriller, M3GAN.

A tech-horror precisely, Blumhouse states, "This will be one of the terrifying films to come out in the next couple of years." If you people liked Chieng's Asian Comedian Destroys America, then well, he is coming soon with more."

Besides all of this, Ronny will feature in the Marvel comics-based project Shang-Chi and the Legend of the Ten Rings. The movie is currently in post-production. He will show up as Jon Jon. 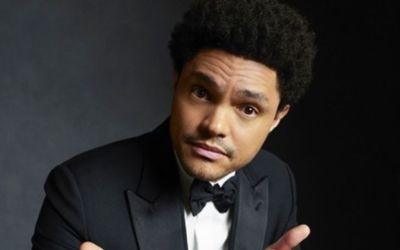 Is Desi Lydic Married? If Yes, Who is Her Husband?