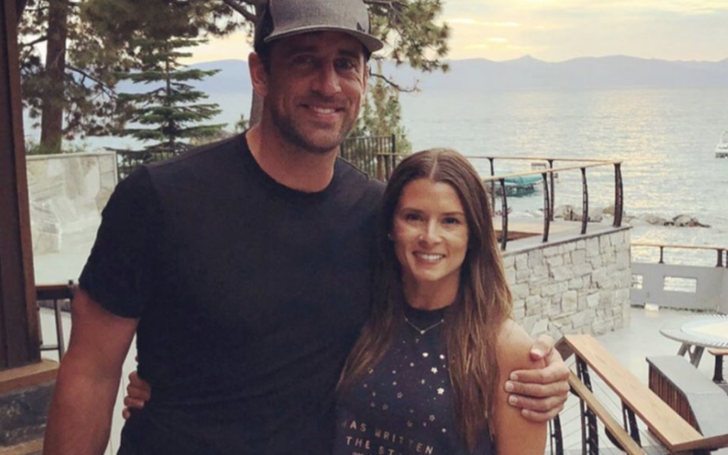 Who Is Danica Patrick Dating In 2021? Let's Grab The Detail About Her Blissful Relationship!

Danica Sue Patrick is an American former professional race car driver. Her American open-wheel racing victory in the 2008 Indy Japan 300 is the only win by a woman in an IndyCar Series race. Indeed, she is the first successful woman in history to win an IndyCar championship event.

39-year-old racer is a multi-millionaire. She holds a total net worth of $80 million. She accumulated most of her fortune throughout her career. Even after retirement, she brings home around $10 million annually.

Is Danica Patrick Dating Anyone in 2021! If Yes, Who is Her Boyfriend?

Danica Patrick is recently dating her new boyfriend, an American entrepreneur, media face, investor, and internet personality, Carter Comstock, in February 2021, as noted by Page Six. It's just been half a year since the couple has been together as a couple, but they're already doing great together.

Danica Patrick and Carter Comstock are dating each other for six months.
Photo Source: US Magazine

According to some outlets, the duo was set up by the cofounders of Beam, a direct-to-consumer wellness brand that both Patrick and Comstock are investors in. They were taking it slowly at the beginning of their first four months of the relationship, but the lovey-dovey pair decided to be exclusive to their fans in April.

The former NASCAR star, 39, publicized her relationship with Carter on April 16, 2021, sharing a snap via Instagram together, kissing on the beach. She captioned the photo stating, ''Beach workouts are fun for one, but better with you.''

Danica Partick had three unsuccessful relationships before. She dated Richard Lynn Stenhouse Jr., aka Ricky Stenhouse Jr., an American professional stock car racing driver. They announced their dating in early November 2013. She confirmed it by telling the AP, ''I have a boyfriend, his name is Richard."

They split in December 2017 after five years of relationship. Ricky once talked about his ex in a press conference where he said, ''He used to supported Danica in her decision and was certain she would succeed in whatever endeavors she pursues post-racing.''

Patrick was dating Aaron Rodgers, an American football quarterback for the Green Bay Packers of the NFL. They began their love story in 2018. Danica was the one who confirmed the news on January 15, 2018, saying, "Yes, Aaron and I are dating."

Aaron and Danica met at the 2012 ESPYs and made their first public appearance as a couple at the Daytona 500. After two years of togetherness, in July 2020, they went through a heartbreaking breakup. Subsequently, Aaron got engaged with Shailene Woodley in December 2020.

In 2005, Danica Patrick shared her vows with Paul Edward Hospenthal, the physical therapist. The lovey-dovey couple first met at Paul's office in 2002 when she was getting treatment for a hip injury.

After living together for eight years, they had their unexpected separation and legally separated in 2013. Danica attributed their divorce to irreconcilable differences.

For more detail on celebrity relationships, stay tuned with us in Idol Persona. 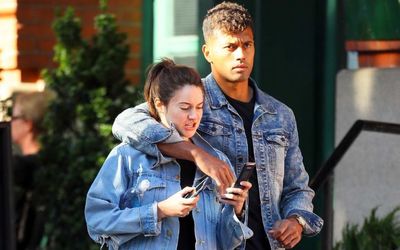