Home / lifestyle / Is Daniel Kaluuya Married? Who is his Wife? Details here 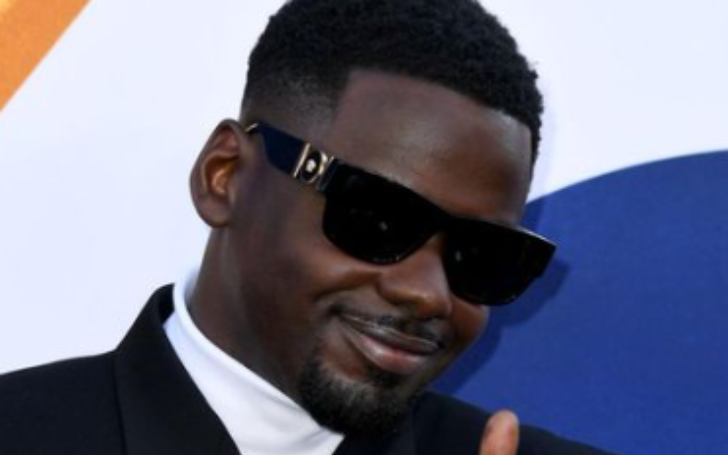 Learn All The Details On Daniel Kaluuya's Personal Life!!

Daniel Kaluuya is a $15 million net worth British actor and writer. He is most well-known for his roles in films such as Get Out and Black Panther, and he first gained international attention in 2011 after appearing in a memorable episode of Black Mirror.

The 5'8" tall actor received a Golden Globe Award and an Oscar nomination for his role in the film Judas and the Black Messiah in 2021. Kaluuya began his career as a playwright before breaking into the acting world, and he wrote two episodes of the British series Skins.

Daniel Kaluuya hasn't publicly stated his relationship status. However, there have been rumors that he has been married to Amandla Crichlow.

The "Skins" star was nominated for Best Actor at the Golden Globes in January 2018 for his work in the horror thriller Get Out. This was the first time Kaluuya was seen with Amandla at a black-tie event. She accompanied him to several other red-carpet events that year, including the SAG Awards, the Black Panther premiere, and the 90th Academy Awards.

The pair has only been photographed once since then, at an afterparty for Daniel's film Queen & Slim in November 2019. Furthermore, neither Kaluuya nor Crichlow uses social media.

Who Is Amandla Crichlow?

Amandla Crichlow works in the film industry, just like Daniel Kaluuya. Her first project, according to her IMDB, was the 2006 TV miniseries Prime Suspect 7: The Final Actor.

Crichlow has experience as a production coordinator behind the scenes. She participated in the pre-production of programs like Peaky Blinders.

Amandla joined 59%, Daniel's production company, as a producer in April 2019, according to her LinkedIn profile. She was later named an executive at the business, as per a report from Deadline. Crichlow has been a part of the action-drama Curfew during this time.

As per Yahoo, Amandla Crichlow's father was British civil rights activist Frank Crichlow. Her father opened the doors to his Trinidadian restaurant Mangrove in Notting Hill, London, in 1968.

Locals quickly made the all-night eatery their go-to spot. According to Bustle, tensions rose in the 1970s when London police raided Mangrove on multiple occasions under the guise of drug searches. Frank was a member of the Mangrove Nine, which protested racist encounters.

Crichlow also has an older sister, Lenora Crichlow. She's also an actress, best known for her roles in Sugar Rush and Black Mirror. Other credits on her IMDB page include Suspects, The Big Ugly, and Avenue 5. In Black Mirror, Lenora played Victoria in the episode White Bear.

On February 24, 1989, Daniel Kaluuya was born in London, England. He is the son of Damalie and Stephen. They are both from Uganda. Kaluuya has one sibling, an older sister.

Kaluuya was raised on a council estate in London by his mother after spending the first two years of his life in hostels, and his father, who lived in Uganda, rarely visited the family due to visa restrictions. He went to St Aloysius College in London, which was an all-boys Catholic school.

According to Cheat Sheet, Logan Paul and his brother Jake Paul are two of the most contentious celebrity creators out there. Many of their decisions have brought them criticism throughout their careers.

Logan Paul and his brother Jake Paul are two of the most contentious celebrity creators out there.
Photo Source: Instagram

The older Paul found himself in the hot seat once more when he gave his take on Jordan Peele's Nope. Many people chastised him for the tweet, and the film's star also responded. Daniel Kaluuya dismissed Paul's Nope criticism, calling him "vanilla."

To say the backlash was immediate and devastating would be an understatement. After Paul finished his 13-tweet thread of criticism, Twitter erupted, with fans calling it ironic. Those who liked the film said Nope expertly detailed Paul and his brother's careers, and that it had underlying themes about society's obsessions with social media and drama.

Sian Welby, the host of Capital Breakfast, asked Kaluuya about the backlash Paul has faced. The Oscar winner acknowledged that "everyone is entitled to their opinion." Moreover, he asked the host to name Paul's contribution to cinema, saying, "Imagine if they asked me about Eric Clapton."

Eric Clapton's Wife in 2021: Details on His Marriage, Divorce, and Children