Home / net-worth / What is Daniel Kaluuya Net Worth? Details on his Movies & TV Shows

What is Daniel Kaluuya Net Worth? Details on his Movies & TV Shows 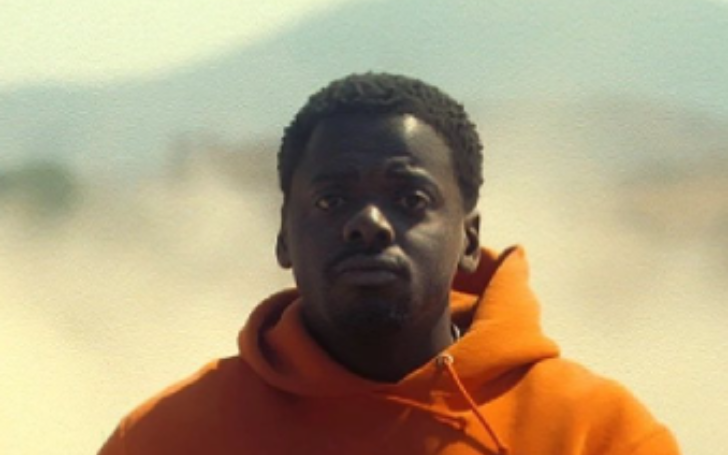 Grab All The Details On Daniel Kaluuya's Net Worth!!

Daniel Kaluuya is a well-known British actor. The 5'8" tall actor has received numerous honors for his work on screen and stage, including an Academy Award, two BAFTA Awards, two Screen Actors Guild Awards, a Golden Globe Award, and nominations for a Primetime Emmy Award and a Laurence Olivier Award.

Time magazine named Kaluuya one of the 100 most influential people in the world in 2021. Talking about the "Skins" star's personal life, there is a rumor that he is married to Amandla Crichlow. In this article, we'll learn all about his professional life.

What is "Black Mirror" Actor Daniel Kaluuya Net Worth?

As per Celebrity Net Worth, Daniel Kaluuya has a net worth of $15 million. He has become the seventh-youngest Academy Award Best Supporting Actor winner when he was 32 years old.

Kaluuya is also the first African-born British actor to win an Academy Award.

Daniel Kaluuya began writing plays at the age of nine, and soon after, he enrolled in an improv class at the Anna Scher Theatre School and began acting with that company as well as WAC Arts. He made his television debut in the 2006 television play Shoot the Messenger.

Daniel Kaluuya began writing plays at the age of nine, and soon after, he enrolled in an improv class at the Anna Scher Theatre School.
Photo Source: Instagram

The following year, Kaluuya appeared on The Whistleblowers, Comedy: Shuffle, and he started playing Posh Kenneth on Skins. In the first two seasons of the show, Daniel wrote the episodes Jal and Thomas and contributed to others.

In 2008, Daniel starred in the film Cass, as well as the television series Delta Forever, Silent Witness, and That Mitchell and Webb Look. In 2009, he appeared on Doctor Who, The Philanthropist, Lewis, FM, and 10 Minute Tales.

Kaluuya played Michael "Tealeaf" Fry on 12 episodes of Psychoville from 2009 to 2011, and he was a recurring character on Harry and Paul from 2010 to 2012. Daniel has featured in the films Chatroom, Johnny English Reborn, Welcome to the Punch, and Sicario, as well as the 2013 film Kick-Ass 2.

In 2010, Daniel won a Critics' Circle Theatre Award and an Evening Standard Award for his performance in a Royal Court Theatre production of Roy Williams' Sucker Punch. Later, he appeared in London productions of Trelawny of the Wells by Arthur Wing Pinero, A Season in the Congo by Aimé Césaire, and Blue/Orange by Joe Penhall.

Click Here To See: How Old is Dionne Warwick & What is her Net Worth in 2022?

In 2011, Kaluuya appeared in the British supernatural drama The Fades as well as the Black Mirror episode Fifteen Million Merits. His performance in Black Mirror drew the attention of actor, comedian, and director Jordan Peele, who cast him in 2017's Get Out.

The film grossed $255.4 million against a $4.5 million budget, and Daniel received over a dozen awards. His next film, Black Panther, co-starring Chadwick Boseman, Michael B. Jordan, and Lupita Nyong'o was a box office smash, grossing $1.348 billion.

Daniel made appearances in the movies Widows in 2018 and Queen & Slim in 2019, and he provided the voice of the Ghost of Christmas Present in A Christmas Carol in 2020. In the biopic Judas and the Black Messiah, Kaluuya won several awards for his portrayal of revolutionary socialist and activist Fred Hampton in 2021.

Along with the short films Much Ado About a Minor Ting, Baby, Beginning, and Jonah, Kaluuya also made an appearance on the 2014 television show Babylon. He also provided the voice of Bluebell in the 2018 miniseries Watership Down.

According to reports from 2019, Daniel and Mattel Films were planning to work together through his production company, 59%, to create a movie based on the PBS television show Barney & Friends. In 2020, it was revealed that Kaluuya would produce and star in a Netflix adaptation of Femi Fadugba's first book, The Upper World.

Kaluuya played Fred Hampton in the biographical drama Judas and the Black Messiah. In early 2021, he was cast alongside Keke Palmer and Steven Yeun in Jordan Peele's sci-fi horror Nope. Daniel hosted an episode of Saturday Night Live in April, with musical guest St. Vincent.

In March 2022, it was revealed that Daniel was writing a dystopian drama for Netflix called The Kitchen, which would be directed by Kibwe Tavares. he was confirmed as the narrator for Amazon Prime's sports docuseries All or Nothing: Arsenal in May 2022, which followed English Premier League side Arsenal behind the scenes during their 2021-22 season.

Stay tuned with us, Idol Persona, for more celebrity net worth updates.