Home / lifestyle / Who is Danielle Landry? All the Details Here

Who is Danielle Landry? All the Details Here 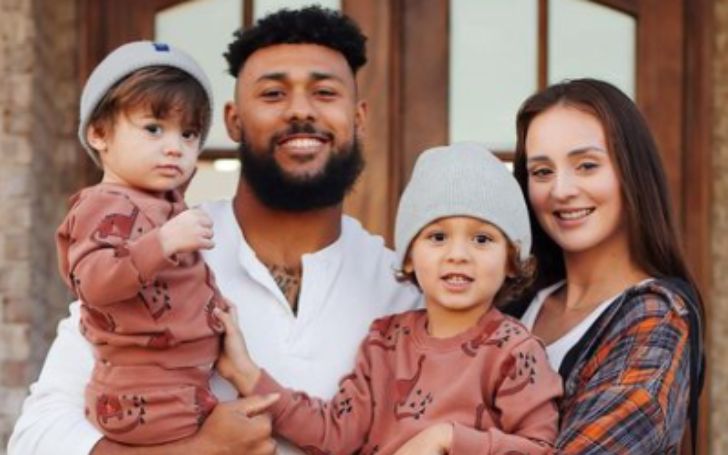 Learn All The Details On Danielle Landry!!

Danielle Landry is the wife of Harold Landry, who plays outside linebacker for the Tennessee Titans of the National Football League.

On March 4, 2018, Harold took part in the NFL Combine. He was a popular mock draft pick for the Green Bay Packers, Detroit Lions, and Tennessee Titans before the NFL Draft.

Who is Danielle Landry?

Danielle Rios-Roberts, aka Danielle Landry, was born on June 8, 1997, in Los Angeles, California. Her hometown is Cheshire, Connecticut.

Landry is the daughter of Sallyanne Roberts. Her mother is rumored to be married to Michael J. Cerullo. Sallyanne is from Bala, Gwynedd, Wales.

As per Earn The Necklace, Before graduation in 2015, Danielle Landry was a varsity field hockey and lacrosse player at Cheshire Academy. Between 2014 and 2017, she studied business and leadership at Boston College.

Before graduation in 2015, Danielle Landry was a varsity field hockey and lacrosse player at Cheshire Academy.
Photo Source: Instagram

In 2019, Landry graduated from Penn State World Campus with a bachelor's degree in integrated social sciences. She worked at the welcome center throughout her summer at Boston College.

Click Here To See: Who is Krista Witiak? All the Details About her Lifestyle

Danielle also helped out at the football department's fan engagement events as a video film assistant. She is based in Nashville, Tennessee, at the moment. Landry works at VIPKid Global as an ESL teacher.

Harold Landry and Danielle Landry met on campus. They finally began dating. Harold became a father on his 21st birthday. Greyson Antonio Landry, Danielle's first child with him, was born on June 5, 2017.

Danielle Landry's husband, Harold Landry is an NFL outside linebacker who plays for the Tennessee Titans.
Photo Source: Instagram