Home / lifestyle / Who is Dave Ahdoot? Here is the Complete Details

Who is Dave Ahdoot? Here is the Complete Details 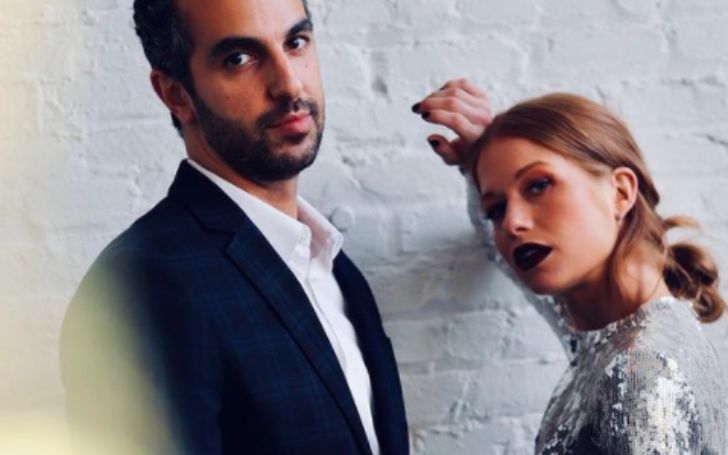 Grab All The Details On Dave Ahdoot!!

Dave Ahdoot is well-known for his comedic work and his collaborations with his brother Cobra Kai star Dan Ahdoot. However, Ahdoot's relationship with Genevieve Angelson has caught the interest of social media users.

Angelson, who is most known for her role as Sally on This is Us, keeps viewers interested in learning more about her personal life, particularly her partner. They keep their connection under wraps, which heightens interest in Dave Ahdoot. In this article, we'll learn in detail about Ahdoot.

Dave Ahdoot is a Greek Neck, New York native born on April 22, 1982. Ahdoot was born into a Jewish family, and according to social media, he can speak French and Western Farsi in addition to English.

Dave Ahdoot is well-known for his comedic work and his collaborations with his brother Cobra Kai star Dan Ahdoot.
Photo Source: Instagram

Ahdoot is the son of wholesale Persian rug dealer Maurice Ahdoot and antique jewelry retailer Rachel Ahdoot. He grew up with his brother Dan Ahdoot, a comedian known for his podcasts and his role in Cobra Kai. Thier parents, as per Dan, are "Iranian immigrants who fled a theocracy to come here for a better life."

You May Also Like: Who is Harry Raftus? Detail About His Dating History and Relationship

Dave earned a bachelor's degree in economics from Boston University in 2004. He followed in his brother's footsteps, leaving a profession in medicine to seek a career in comedy and writing.

Dave Ahboot's actual net worth is not available now, but his brother, Dan, is one of the richest comedians and listed as the most popular Comedian. According to All Famous Birthday, Dan Ahdoot's net worth is approximately $1.5 Million.

From 2007 to 2016, Dave worked at NBC. In 2016, he and Ethan Fixell co-created, wrote, produced, and starred in Dave & Ethan: Lovemakers. Dave also contributed to HBO's Night of Too Many Stars as a writer.

Along with other television performers, Dave frequently appeared on The Tonight Show with Jay Leno. For his comedic career, he is currently living in Los Angeles.

Dave Ahdoot has been romantically involved with Sally on This Is Us star Genevieve Angelson since 2019. They don't talk about each other on social media too often and keep their personal life private.

Dave Ahdoot has been romantically involved with Sally on This Is Us star Genevieve Angelson since 2019.
Photo Source: Instagram

Angelson revealed more about their relationship in a very personal and candid Instagram post. She posted pictures with her boyfriend for the first time on September 18, 2019.