Home / lifestyle / Who is Delon Wright Dating in 2021? Details on His Family Here

Who is Delon Wright Dating in 2021? Details on His Family Here 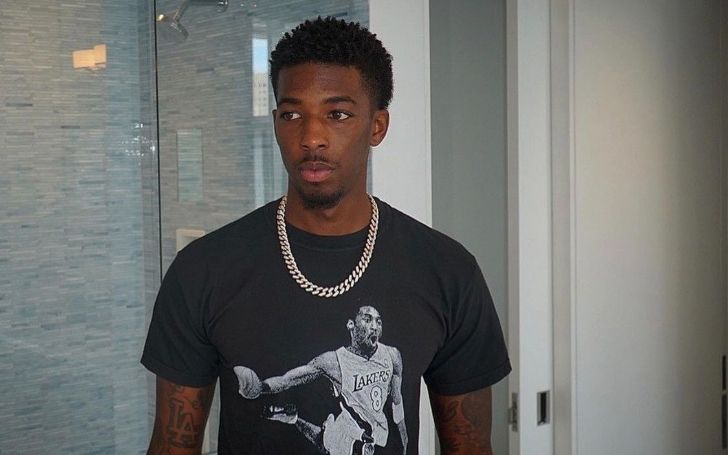 Grab All the Information On Delon Wright Relationship Status in 2021.

Delon Wright is a well-known basketball player who was born in the United States on April 26, 1992. After leading the University of Utah Utes to the Sweet 16 in 2015, he was awarded the Bob Cousy Award, which is given to the NCAA's top point guard. The Toronto Raptors selected him 20th overall in the 2015 NBA Draft.

He is quite popular in the basketball world. Alongside fame, he also accumulated an impressive fortune. Talking about the number, his net worth is estimated to be $3 million, asof 2021.

What is Delon Wright's Relationship Status?

Delon Wright is very much single and has never been married. He is not dating anyone as of 2021. Further, there is no information about his previous romantic encounters.

The 29-year-old NBA star has never been linked with any lady in the entertainment world or outside. Wright seems very much focused on his career and his professional well-being.

Delon is moving forward in his professional career in a smooth and dignified manner. He is always the best at what he does, and he makes sure his fans see his hard work and dedication during his gameplay. Moreover, he is very loving towards his fans and his family and close friends.

He respects his personal life and chooses to keep it private from the media and the public. We can see that the NBA player is introverted and enjoys his personal space a little too much.

Delon Wright is a very private guy, and we as an audience have not been able to find out his parents' identity directly from his mouth. However, his older brother Dorell Wright has made their parent's names public. Delon and Dorell Wright are the two amazing children of Stacy Wright and Ray Wright.

Talking about his older brother, Dorell Wright, he is also one of the most recognized and amazing players in the NBA. Dorell was born on December 2, 1985, in Los Angeles, California. He spent the first six seasons of his NBA career with the Miami Heat before moving on to the Golden State Warriors, Philadelphia 76ers, and Portland Trail Blazers.

Dorell was a former member of the Miami Heat from 2004 to 2010, where he played alongside star guard Dwyane Wade. He committed to play college basketball at DePaul University but instead chose to go straight to the NBA after graduating from Connecticut's South Kent High School.

Dolen's brother is married to his amazing wife, Mia Lee Wright. With Mia, Dorell has two beautiful children named Dash Wright and Devin Wright. He is a very wonderful husband and father. Dorell is often seen posting about his family and children on social media platforms.