Home / lifestyle / Who Is Diego Tinoco Really Dating? Find Out about His Relationship with Sierra Capri

Who Is Diego Tinoco Really Dating? Find Out about His Relationship with Sierra Capri 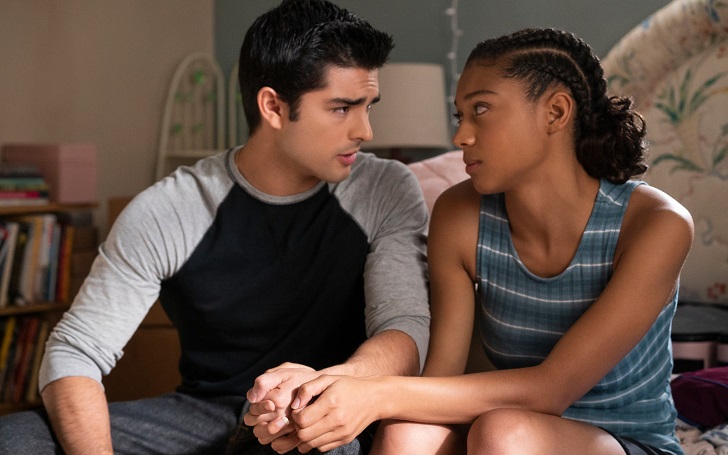 Is 'Cesar Diaz' back together with 'Monse Finnie'? Watch 'On My Block' Season 3 for yourself. We're not releasing any spoilers here.

Despite such a complicated story, none of the viewers who've watched the show could ever disagree the two characters should be in a relationship. There's so much passion there after all. That begs the question. Are the actors themselves dating in real life?

Even that armpit of his is gaining considerable attraction.
Photo from: On My Block, Netflix

Seriously, the chemistry on-screen is so convincing. 'Cesar' actor, Diego Tinoco, is chalking up his name in the hearts of many female fans after such an all-round performance. And with the biggest breakthrough, there are more things to come for the Mexican-Ecuadorian.

There's a Lot of Respect Between Tinoco and Sierra Capri, But Are They Really Dating?

Some fans would be happy to know that Tinoco and his 'Monse' star, Sierra Capri, are not dating in real life, but who wouldn't love the dynamics the two stars have at the moment.

The two are very close indeed, and love hanging out outside the camera world too, but the relationship, well, is strictly platonic for now. And he couldn't have asked for a better screen lover than Capri, he told Teen Vogue in a story.

No, Tinoco and Capri are not together. Sorry shippers.
Photo Source: Teen Vogue

And his co-star, a former biology student, agrees as well. "I feel like we've grown together," she said.

Check Out: Is 'Walking Dead' Star Lindsley Register Married Yet?

Despite being flirtatious, the two remain perfectly professional on set as Diego respects her and asks her permission before every move she makes.

On-screen too, the characters are working out on the problems in their relationship. And the two actors definitely ship them, 'Notebook' style. Sierra wants them to be "married with kids, and both going down good paths".

The Auditioning Included a Kiss Scene, and The Casting Just Couldn't Stop Them

The two first actually met during a chemistry read. They were paired up to test how well they work together during a romantic scene when auditioning. They were already clicking from the start, and it's not surprising to know they were really intense during a particular kissing scene.

"He was like, 'Do you want to just go in there with me?' I was like, 'Yeah, let's just go, let's just see what happens.' 'Cause we vibed'," Capri reminisced of the time they auditioned for the role. Their casting included a kiss scene, which no one stopped them to end.

The casting waited until they themselves stopped during the auditions.
Photo Source: Netflix

"Later down the line they told us, 'Yeah we were just gonna see how long you guys kept kissing. We weren’t gonna stop the audition until you guys did'," she told 'Vulture'.

More: Before Alexis Ren, Who Were Noah Centineo's Past Girlfriends? Here's the List

As for the prime question here, the 22-year-old Tinoco is perfectly single and not dating anyone else either, not that he's indicated something about a girlfriend outside the industry. Although, fans may choose to remain happy if the two actors do get into something in the future.

5 Fast Facts about 'On My Block' Actor Diego Tinoco