Novak Djokovic and Rafael Nadal Shone in Paris as the two Grand Slam Heavyweights Reached the French Open Quarter-Finals for the 15th time.

Rafael Nadal and Novak Djokovic, finalists of the 2020 French Open, won their matches to reach the French quarterfinals. Meanwhile, the Spanish tennis player Nadal had an easier time in the game.

To overcome 19-year-old Italian Lorenzo Musetti, World No.1 Djokovic needed more than three hours. The 34-year-old Serbian player required to draw on all of his skills and experience to win the third and fourth sets take commanding leads in the fifth before the youngster making his Grand Slam debut retired complaining of cramps and back pain.

Musetti's compatriot Jannik Sinner, 19, got a brilliant start against the 13-time champion and bidding for a record 21st major Rafael Nadal. He was poised to take the first set until he made three unforced errors in succession. On the other hand, Nadal claimed his 104th win in Paris by beating 19-year-old Sinner in straight sets by 7-5, 6-3, 6-0 win.

On the women's side, Coco Gauff, Barbora Krejcikova, and Maria Sakkari all reached the quarterfinals of a Slam for the first time while defending champion Iga Swiatek cruised through. However, the 2020 finalist, Sofia Kenin of the United States, was defeated by Greece's Maria Sakkari in 6-1, 6-3.

Therefore, after the elimination of fourth-seed Kenin, defending champion Iga Swiatek is the only pre-tournament favorite still alive in this year's competition. Swiatek beat Ukraine's Marta Kostyuk 6-3, 6-4 on Monday.

For more news updates of your favorite celebrities, stay tuned to Idol Persona. 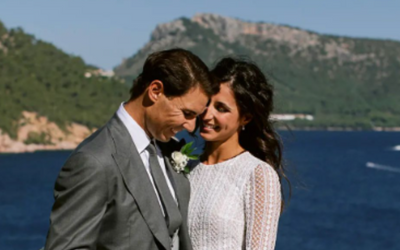