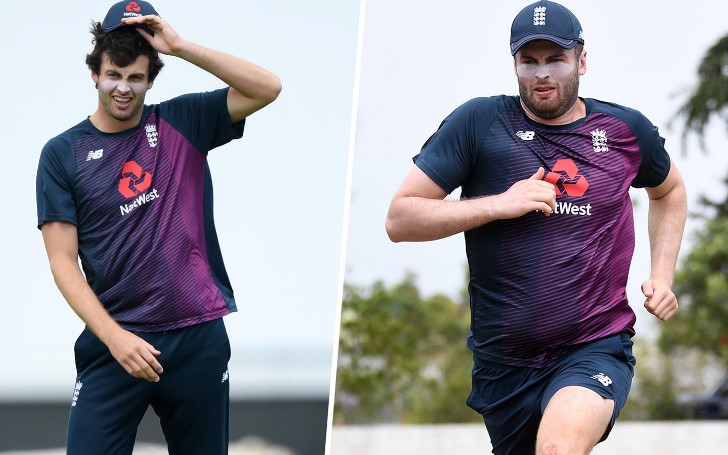 Dom Sibley (born Dom Peter Sibley) is an English cricketer who plays for Warwickshire and is a part of the England national cricket team since November 2019. He has done wonders with his bat; the cricketer scored a double century in his third first-class match against Yorkshire.

The 24-year-old cricketer was dubbed the second-youngest English cricketer to score a first-class double-century and thirteenth youngest player of the world to score two hundred.

While you all know how impressive of a player this lad is, his playing is just top-notch, a total distinct from the crowd, there's something more interesting apart from his play really. The 24-year-old cricketer has managed to surprise everyone again, while this time, it's not from his cricket game, but weight loss.

Dom Sibley has undergone a massive two stones weight loss during his time in lockdown, and reason for doing so is going to surprise you and love him even more. Here's the story.

So the story is trending right now, and why shouldn't it be, two stones weight loss is massive. Dom Sibley, who is all set to play his first match after long hiatus since coronavirus pandemic, revealed why he underwent a weight loss.

Talking to the media outlet, Sibley stressed he had become self-conscious about his physique, as he earned himself a nickname "The Fridge." The cricketer decided to use the lockdown time wisely and get into the shape.

Sibley said, "We all like a little treat after a few runs, but it's great to be a bit more disciplined. It's been tough, but it's good to feel the benefits now. On the scales, I've lost 12kg." That's really impressive, indeed.

What Inspired Dom Sibley for the Weight Loss?

Talking with the media outlets, Dom Sibley revealed sight of teammates going for a jog in the heat and humidity of Sri Lanka really pushed him to shed nearly two stones.

Sibley said, "You look at the guys who have been in the system for a long time. Stokesy is a bit of a freak when it comes to his training. It was seeing him, Root and Buttler running after a session in Colombo. I remember being absolutely spent, so that was a real eye-opener."

Dom continued, "In Sri Lanka, for the first time in my career, I felt a little bit self-conscious about my physique and my weight. I remember sitting on the plane, thinking I need to do something. I've always been someone who hasn't necessarily been the fittest in the squad, and I've always, whether at Surrey or Warwickshire, been coasting in that respect."

Sibley added, " I've had taps on the shoulder before, and haven't really done anything about it. That wake-up call was overdue, and a good lesson for me. People have said I look different, which is nice, but in terms of batting, it's a case of doing what I've always tried to go: long bat periods. Hopefully, being a bit fitter will help me do that."