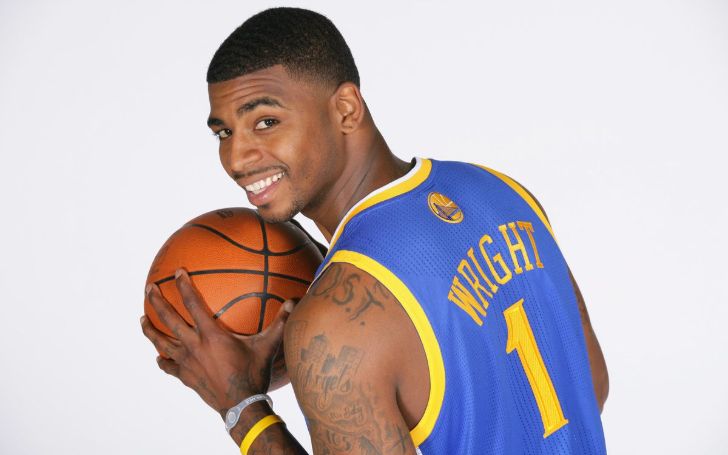 All You Need To Know About Dorell Wright's Net Worth and Career!

Dorell Lawrence Wright, 35, is a retired professional basketball player from the United States. The Miami Heat picked Wright out of high school in the NBA draft in 2004. Further, he had stints with the Golden State Warriors, Philadelphia 76ers, and Portland Trail Blazers. In 2011, he was chosen to compete in the NBA Three-Point Contest after leading the league in three-pointers made.

Wright married Mia Lee, his longtime lover, in August 2014. He is the father of his two sons. Further, he has a younger brother named Delon Wright, who plays for Atlanta Hawks'.

Besides dribbling balls in the court, Wright even showed up in the music video for Sevyn Streeter's "It Won't Stop," Wright portrays Streeter's love interest.

Dorell Wright's net worth as a celebrity basketball player is supposed to be approximately $5 million. The veteran player built his massive fortune from his fruitful career in NBA.

Rivals ranked Wright as the No. 4 small forward and the No. 12 player in the country in 2004 when he was a five-star recruit. Prior to entering the NBA draft, he had committed to DePaul.

Wright is active in charity works. With his lovely wife Mia Lee, he established the D Wright Way Foundation in 2010. It is their first non-profit organization. His better half is active as Executive Director.

Similarly, Dorell also founded the Team Wright Legacy. He established the organization with his brother Delon Wright. As mentioned on its website, the Wright brothers began the firm to "focus on developing the student athlete's all-around game, educating on proper conditioning and nutrition, and holding all athletes accountable to a high standard of academic excellence."

The Miami Heat selected Dorell Wright 19th overall in the 2004 NBA draft. He started his professional career as a debut on February 5, 2005, in a 108–97 win over the Chicago Bulls.

Wright was assigned to the NBA Development League's Florida Flame on January 3, 2006. However, the Heat recalled him on January 18. The former athlete was one of the youngest members of the Heat's first NBA championship team at the end of the year.

In a home win over the Los Angeles Lakers on April 6, 2011, Wright established a Warriors franchise record for three-point shots made in a season with 184, breaking Jason Richardson's previous mark of 183 set in the 2005–06 season.

Likewise, in a win over the Portland Trail Blazers on April 13, 2011, he became the first player in NBA history to score more points in his seventh season than he did in his first six combined. He also set Warriors franchise records with 194 three-point field goals made and 516 three-point field goals attempted during the 2010–11 season.

Check Out: Loki's Cast Cailey Fleming's Net Worth in 2021: All Details Here

Dorell re-signed with the Miami Heat on April 12, 2016, for a second stint with the team. What remained of the home crowd gave him a standing ovation. He scored eight points on 3-of-3 shooting in his first outing for the Heat in six years.

Click Here To Know: How Rich is Colin Jost?

After a 16-year career in the NBA, China, and Europe, Wright announced his retirement from professional basketball on his Instagram page on November 18, 2020.