Home / lifestyle / Does Doyle Bramhall II Have a Wife? Details of His Relationship History 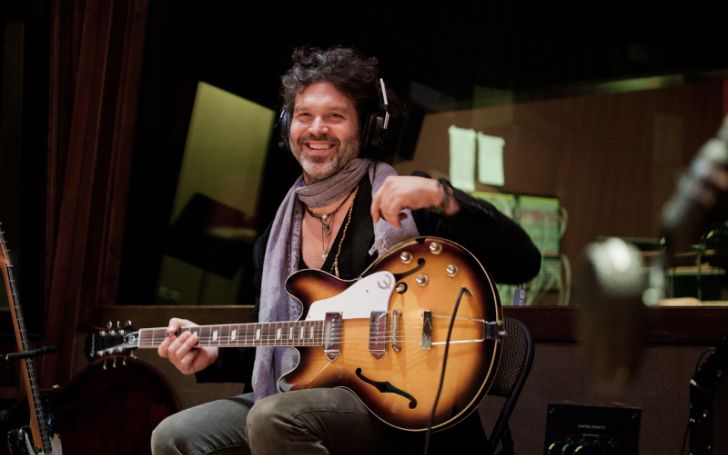 Here are all the details related to the wife and married life of the American musician, producer, guitarist, and songwriter Doyle Bramhall II.

Born in Texas on December 24, 1968, Bramhall II got influenced by his father to get into music. His father, Doyle Bramhall, played drums for the famous blues singers Lightnin' Hopkins and Freddie King. He also used to make music in collaboration with Stevie Ray Vaughan and Jimmie Vaughan, who were also his childhood friends.

Find out about : Rocky Johnson's First Wife Una Johnson - Get All the Facts Here

You must be curious to know more about the 53-year-old singer besides his music career and songs and albums. You must be wondering if Doyle is married or not. You may want to learn about the current relationship status and children of the blues singer. Here in this article, we present to you the complete information related to the relationship status, married life, and dating history of Bramhall II.

Who is the Wife of Doyle Bramhall II?

Doyle Bramhall II is currently unmarried at present. However, in the past, the singer was married to his ex-wife Susannah Melvoin. The American vocalist and songwriter Susannah Melvoin is known for her associations in the mid-1980s with Prince.

Doyle Bramhall II was married to Susannah Melvoin from 1997 to 2010.
Source: Prince.org

Melvoin came from a musical family, with her twin sister Wendy Melvoin as a musician, sister Jonathan Melvoin (former touring keyboardist with 'The Smashing Pumpkins' and father Michael Melvoin as a jazz pianist and former NARAS president.

The millionaire musician Doyle Bramhall II and Susannah Melvoin were married from 1997 to 2010. They share two daughters, India Bramhall and Elle Bramhall. The elder one, India, was born in 2002, and the younger one, Elle, was born in 2005.

To learn more about the relationship status of famous celebrities, visit Idol Persona.

Eric Clapton's Wife in 2021: Details on His Marriage, Divorce, and Children