Home / lifestyle / Who is Drew Barrymore's Husband? How Many Kids Does She Share?

Who is Drew Barrymore's Husband? How Many Kids Does She Share? 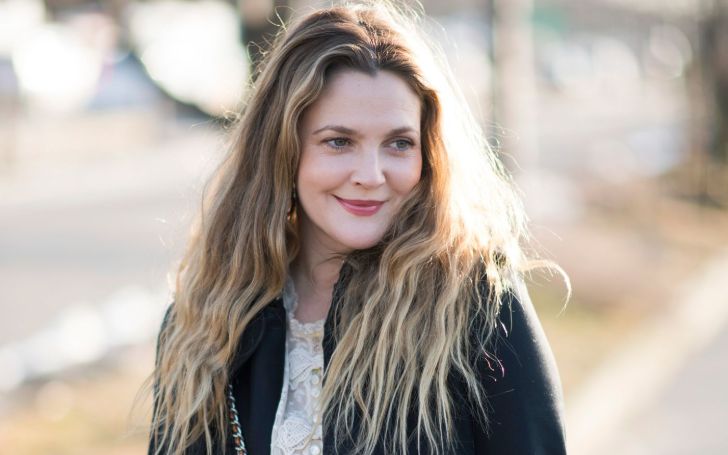 Here are all the details related to the husband and children of the American actress, producer, director, author, model, and entrepreneur Drew Barrymore.

Drew Barrymore is a well-known actress in Hollywood with prominent roles in movies like 'Poison Ivy,' 'Boys on the Side,' 'Mad Love,' 'Scream,' 'Ever After,' and 'The Wedding Singer.'

Some of other the movies that the actress featured in include 'Never Been Kissed,' 'Charlie's Angels,' 'Donnie Darko,' 'Riding in Cars with Boys,' 'Confessions of a Dangerous Mind,' 'Charlie's Angels: Full Throttle,' 'Fever Pitch,' 'Music and Lyrics,' 'Going the Distance,' 'Big Miracle,' and 'Miss You Already.'

Drew Barrymore is a well-known actress in Hollywood who rose to prominence as a child actor in the movie 'E.T. the Extra-Terrestrial.'
Source: Refinery29

Drew Barrymore, who possesses a whopping net worth of $125 million, comes the reputed Barrymore family of actors. She is the granddaughter of the famous American stage, radio, and screen actor, John Barrymore. The actress initially rose to prominence from her part in the movie 'E.T. the Extra-Terrestrial', where she was a child actor.

Drew, from her well-established reputation in Hollywood, is the recipient of numerous prestigious awards including Golden Globes, Screen Actors Guild Award, and a BAFTA nomination.

Find out about: Charlotte Flair was Divorced Twice - Who is Her Current Husband?

You might want to know more than the career achievements of the 45-year-old actress, and you must be curious about her personal life too. Here, in this article, we present to you the complete information on the husband and children of Drew Barrymore.

Drew Barrymore is currently unmarried, but she tied the knot several times before. So all of her children come from her relationship with her previous spouses and boyfriends.

When talking about her marriages, Drew Barrymore's first husband is Jeremy Thomas, a Welsh-born Los Angeles bar owner. She got married to him on March 20, 1994, but the marriage lasted for such a short time that they divorced only two months later.

In late 1999, Drew started dating MTV host and comedian Tom Green, and they got engaged in July 2000. They got married a year later and were the co-stars in 'Charlie's Angels,' and 'Freddy Got Fingered.' Green filed for divorce in December 2001, which was finalized on October 15, 2002.

Drew Barrymore was married to Tom Green from 2001 to 2002.
Source: Decider

In early 2011, Drew began dating art consultant Will Kopelman, and the couple got engaged in January 2012. They married on June 2, 2012, in Montecito, California, after about a year and a half of dating. On July 15, 2016, Barrymore officially filed for divorce, which was finalized on August 3, 2016.

In spite of numerous relationships and marriages, Drew Barrymore shares children with her last ex-husband Will Kopelman only.

The duo shares two daughters together. Drew was pregnant with Olive Barrymore Kopelman when she got married to Will, a fact that was confirmed only after the wedding photos were released. She was later born on September 26, 2012.

Their second child, Frankie Barrymore Kopelman, was born on April 22, 2014. Despite being legally separated, the two parents still worked together for the sake of raising their children and were granted shared custody during the arrangement.

To learn more about the relationship and kids of famous actors, visit Idol Persona.