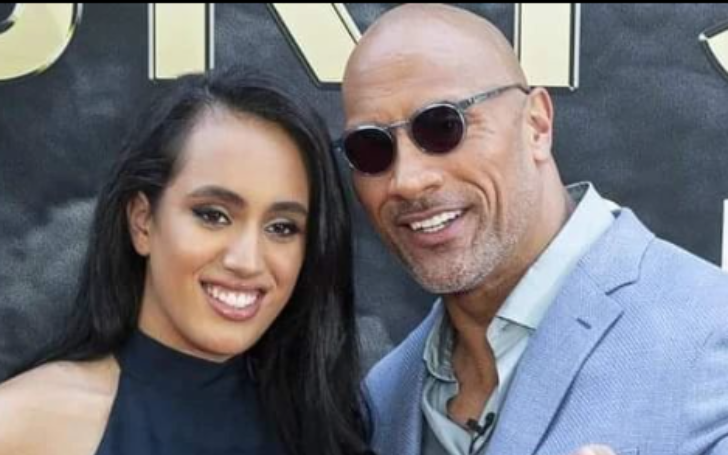 As per Yahoo, Dwayne Johnson's only child with ex-wife Dany Garcia, Simone Alexandra Johnson, has officially revealed her official wrestling name ahead of her WWE debut. She's been working tirelessly for the past two years, and her debut is now closer than ever.

Simone used Instagram and Twitter to reveal the big news, sending her admirers into a frenzy. With his current wife, Lauren Hashian, Dwayne has two additional kids, six-year-old Jasmine and four-year-old Tiana.

Simone signed a WWE contract in 2020 and has been working ever since. During an interview with WWE's official website, her happy father, Dwayne, said, "It means a great deal to me. Knowing that my family has such a personal connection to wrestling means a lot to me, and I'm honored to be able to not only wrestle but also to continue that tradition."

You May Also Like: Alexis Bledel announces Exit from Hulu's Popular show, The Handmaid's Tale!

Ava Raine is the name that the 20-year-old wrestler has chosen for herself. People frequently inquire as to why her debut was delayed by two years. This is due to the fact that she had to endure many surgeries, each of which necessitated additional rehabilitation.

Simone shared a photo on Instagram with the comment, "It's official." "This is for the little girl who fell in love with wrestling and declared, "One day, this will be my life." I'm humbled, thankful, and eager to get to work. @wwe @wweenxt, let's do this."

Simone will be the first fourth-generation wrestler in WWE history, following in the footsteps of her great-grandfather 'High Chief' Peter Maivia, grandfather 'Soulman' Rocky Johnson, and father 'The Rock.' When her first daughter signed with WWE, the wrestler-turned-actor was overjoyed.

He posted on Instagram, saying, "Dreams aren't just for the naive. Simone Johnson, my firstborn, has officially signed her wrestling contract with @wwe @wweenxt, putting her on the path to being the first-ever 4th generation WWE athlete. Carry our surname with pride, but your path will always be yours to build, earn, and own. I'm ecstatic. Live the life of your dreams. Let's get to work. #4thgeneration #humblehungry #hardestworkersintheroom"

Simone was born in Florida on August 14, 2001, and is also a model. She was previously signed to IMG Models and is known for her Instagram images that perplex her admirers.

In 2019, she graduated from high school and enrolled at New York University. The up-and-coming wrestler is unafraid of fame and the camera since she has been groomed for it since she was a child.