The first of the Johnson family's wrestling legacy, Rocky Johnson, died on January 15, 2020, in the Lutz, Florida home that his son Dwayne 'The Rock' Johnson bought for him. The news of his tragic death came just 26 days after he joined the Board of Directors of the International Pro Wrestling Hall of Fame.

Born Wayde Douglas Bowles on August 24, 1944, in Amherst, Nova Scotia, Rocky was the fourth of five sons to mother Lillian (née Gay) and father, James Henry Bowles. Johnson, a Black Loyalist descendant, moved to Toronto at the age of 16 and began his wrestling career. Starting in a boxing ring, Rocky was lucky enough to spar with the greats such as Muhammad Ali and George Foreman.

Often known as 'Soulman,' Rocky Johnson first appeared in the wrestling ring of National Wrestling Alliance (NWA) in 1964 and quickly rose to fame from there. Six years into his career, Rocky was the topmost contender in the NWA around the 1970s. During his time at the NWA, Rocky was deemed the most suited player for tag-team matches wresting under a mask as 'Sweet Ebony Diamond.' He won several regional tag team championships and also came out at the top while feuding with Jerry Lawler at one point.

NWA extended its condolences towards the late Rocky Johnson writing,

Paired with 'Mr. USA' Tony Atlas as a tag team after joining the WWE in 1983, the twosome of Johnson and Atlas known as 'The Soul Patrol' became the first black tag team to hold the Tag Team Championship on November 15, 1983. They defeated the Wild Samoans Afa and Sika for the tag title.

Post-retirement, Johnson began training his son for the world of wrestling with the help of Pat Patterson. Resisting his son's choice initially, Rocky finally gave in to his child's wish on a condition that he wouldn't go easy on his son.

Five years later, his son Dwayne Johnson under the stage name 'Rocky Maivia' made a debut in the WWE and then went on to become 'The Rock.'

I am so sorry to hear of the passing of the great Rocky Johnson. Always a gentleman, I always enjoyed talking with him. My deepest condolences to his family, friends, and the fans who loved him. A very sad day for wrestling.#RIPRockyJohnson

Dwayne 'The Rock' Johnson, however, is yet is make a statement following his father's death. One can only imagine Dwayne's grief over the loss of his pops.

Rocky Johnson married four times in his life. His legacy lives on through his son Dwayne. May his departed soul rest in peace. 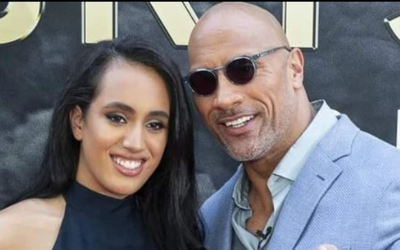