Home / net-worth / How Much is Eduardo Camavinga Net Worth in 2021? Details on His Earnings and Career Here 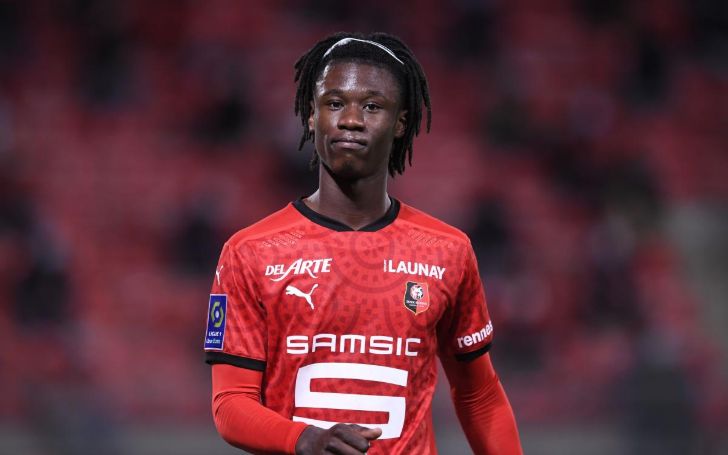 All The Net Worth, Earnings, and Career Details On Eduardo Camavinga!

Eduardo Camavinga is a European football sensation and potential star who is still in the early stages of his football career and is attracting attention from some big names. He rose to prominence after assisting his team Rennes to a 2-1 victory over Paris Saint-German.

After this game, he unquestionably gained a massive fan base and is expected to become one of the best European footballers in the coming years. On November 10, 2002, he was born in Miconge, Angola, and played midfield for Stade Rennais Football Club.

Because of his rapid rise and commitment to Rennes, this tremendously skilled athlete has garnered comparisons to French superstar Kylian Mbappe. Due to this, many show interest in learning his financial status, which we will share on this page.

Eduardo Camavinga's Net Worth: He is a Millionaire in 2021

Camavinga being only 18 years of age, the Frenchman has already amassed considerable wealth as a result of his participation in European football. He has fought his way up the ranks at Rennes and now earns approximately $29,000 each week. He apparently built a net worth of well over a million dollars in just a few years with the club.

According to Sporting News, Real Madrid recently signed Camavinga. The Spanish club and the young footballer are on a six-year deal.

Madrid bought Camavinga from Rennes with a deal worth €40 million ($46.7 million), knocking out Manchester United and other big clubs. Therefore, if things go right, Eduardo's financial status will rise extensively.

Camavinga has completed his medical with Real Madrid and recently made his debut. To be more precise, his first match with Madrid was against Celta Vigo (5–2 win) on September 12.

Since eleven years of age, Eduardo Camavinga has been a part of Rennes' youth system. At 16, the player signed his first professional contract with the club on December 14, 2018, making him the club's youngest professional ever.

Soon after signing his first professional deal, Camavinga made his professional debut for Rennes in a 3–3 Ligue 1 game against Angers on April 6, 2019.

Camavinga, who is single at the moment, recorded an assist and was named man of the match in a 2–1 win over Paris Saint-Germain on August 18, 2019. The same year on December 15, he scored his first goal for Rennes in a 1–0 win over Lyon.

Check Out: Angelo Dawkins Net Worth — The Complete Breakdown

He played four times for Rennes in the 2020–21 UEFA Champions League against Krasnodar, Chelsea, and Sevilla. Real Madrid confirmed on August 31, 2021, that Camavinga would be on its side.