Born Elijah Brown, he rose to fame with the screen name of Eli Brown, upon entering the music world. It's only a few days since the actor joined the cast of 'Gossip Girl' 2.0, alongside the likes of Emily Alyn Lind and Kristen Bell. The reboot is set to air on the HBO Network with ten-episodes.

Eli Brown rose to fame as a musician rather than an actor, since he released quite a few tracks from 2018. Later on, he attempted a trial in acting, which turned out to be a golden move, which further expanded her resume highlights.

Eli Brown Rose to Fame As A Songwriter

Eli Brown might have landed a significant role at 'Gossip Girl' reboot, but it wasn't his acting works that brought him at this stage. Like every other musician of the current generation, he started doing cover songs online before making it big on YouTube and Instagram.

The artist has gifted talents in playing guitar and singing songs. Having the 'Stairway to Heaven' singer, Led Zeppelin, and Meryl Streep as an inspiration, he could have established a career in music alone for a living. However, he didn't limit himself to it, and we are so grateful for it.

The newest 'Gossip Girl' acquisition started acting on 2019 in 'Pretty Little Liars: The Perfectionists' as Dylan Walker. The story behind how he got back to the role was much drama and quite funny. Interestingly, his manager asked him to play the role of 'Dylan' but didn't tell him that he was auditioning.

Ever since the song-writer started acting, he didn't have to look back, getting a lead role at 'The F*ck It List' in 2019 itself. He displayed his versatility playing 'Brett Blackmore', which undoubtedly impressed everyone and got other opportunities knocking on her door, including the prestigious 'Gossip Girl'.

2020 is an action-packed year for the singer-turned-actress since he features on 'Run Hide Fight' as well.

Besides a resounding professional career, Eli Brown found his soulmate in Talia Wirkkula-Hibdon in 2015. Behind every successful man is a woman, and in Brown's case, it surely was the Instagram model.

The two used to post pictures on their Instagram handle until 2017, so there is nothing concrete to verify if they are still together.

Eli Brown Is a Dog Lover

Like every third person, Eli Brown finds a loyal friend in a dog. The 'Gossip Girl' actor is a dog-lover and pets in his residence itself.

The 'Pretty Little Liars' actor often posts pictures with him on his official Instagram handle.

Eli Brown Is Not a Big Fan of Technology

Well, yeah, Eli Brown finds it annoying how technology has advanced so fast and struggles to adapt to it. Surprisingly, he still uses a flip phone for a mode of communication. In fact, it was his way of showing rebelling the technological advancements using the traditional mechanism. Besides the flip phone, he also carries around an Apple iPad for social media purposes.

You may also like: The Weight-loss journey of Jen Atkins.

In addition to that, he doesn't use text messaging. Instead, he uses Gmail to interact with the fellow cast. The conventional approach, definitely bothers the cast members, including Sydney Park, who spams the new 'Gossip Girl' actor with pictures.

For more updates and news about your favorite stars, please stay connected to Idol Persona. 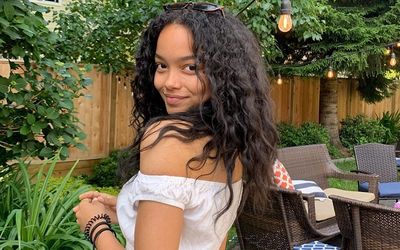