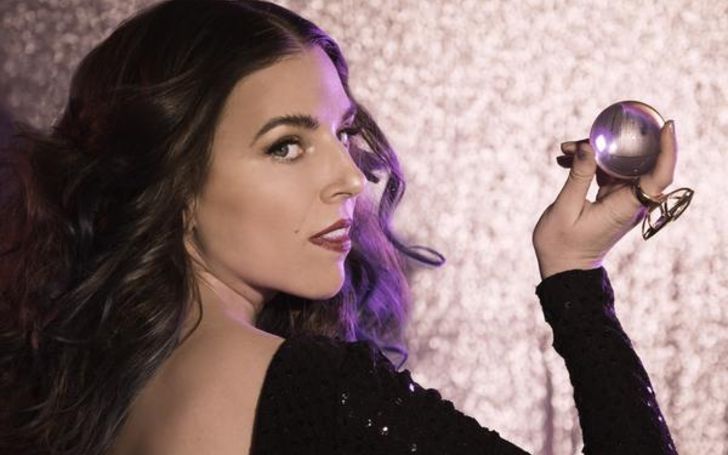 Eliza Skinner is a writer, producer, actress known for Mary Poppins Quits, Drop the Mic, and Adam Ruins Everything. Similarly, she also worked with different hit shows, The Late Show with James Corden, Fashion Police, and many more.

Besides acting and writing, Eliza is also famous for her stand-up comedy, and she has earned many followers on social media through her mind-blowing performance. Let's get to know about her earnings and income in short here.

How Much Does Eliza Skinner Make? Her Net Worth in 2021

Eliza Skinner collected a net worth of approximately $1.7 million, as per Net Worth Post. She accumulated her impressive fortune from her hard work as a comedian, writer, and actor in the show biz.

A stand-up comedian in the USA per year makes $58,340 or an equivalent hourly rate of $28, noted by Salary Expert. Likewise, Eliza being an incredible stand-up comic, she also might make those dollars or more than that.

Through Eliza's Instagram, we can get an insight into her daily lifestyle. Further, anyone who visits her social page will for sure notice she is a dog lover.

Eliza's recent posts are filled with her new pooch, Boo. Besides him, she also owns a couple of other dogs from different breeds, including husky. She loves to spend her spare time with her canine friends, and she even knit sweaters for them.

Except for her dogs, Eliza also has a feline friend in her house. She named her Casper, and she shares her cat's picture on the Instagram page Casperthesexycat.

Eliza Skinner began her career in 1998 as an actress in Ka-Baam!!. After some years working in several series, she became part of Sex: American Style and became the famous UCB Comedy Originals mother in 2008.

She wrote and appeared in many award-winning projects, including Modern Office with Christina Hendricks and Mary Poppins Quits. Also, RuPaul once called her "She-larious!"

Eliza Skinner began her career back in 1998.
Photo Source: Twitter

Besides being a comic, Eliza is the head writer of Earth To Ned on Disney+ and Drop Thee Mic on TBS. She also worked as a performer and staff writer on CBS's,truTV's 'Adam Ruins Everything,' and Chris Rock's 'Totally Biased with W. Kamau Bell.'

In 2015, Eliza worked on Adam Ruins Everything. She appeared in the nine episodes of that series. Further, she also stayed active as a head writer on TBS' Drop The Mic.

As of 2021, Eliza showed for an episode in the TV show I Am Frenchie. She made her appearance as Vicky.

In Short About Eliza Skinner Love Life as of 2021

Eliza Skinner hasn't spoken anything about her love life officially; however, she occasionally gives out little details for her fans on this topic.

In 2016, while she was performing stand-up comedy in The Late Late Show with James Corden, she mentioned breaking up with her boyfriend.

Similarly, in 2020, Eliza also tweeted about her beau. She wrote,

"My boyfriend asked me to walk the dogs with him and I said "sure, give me 10 minutes" and now I've been sitting in the dark playing woodblock puzzle on my phone for 20 minutes, but I'm calling it self care."

Because this tweet is almost a year old, there is a high chance that her boyfriend's name might be Andrew Orvedahl. Who is he?

Well, he is the guy who frequently appears on Eliza's Instagram posts. On the contrary, Andrew also uploads Eliza's pictures on his social handles alongside their dogs.

On February 15, 2021, Eliza posted a picture of Andrew and their dog Boo captioning, 'Boo and I are sharing our Valentine this year. We're both crazy about this dude (heart emoji)' which seems that the duo is dating.

For more updates on Celebrity Net Worth, stay tuned with us in Idol persona.