Home / lifestyle / Who is Elizabeth Lail's Boyfriend? Grab Details of Her Dating History

Who is Elizabeth Lail's Boyfriend? Grab Details of Her Dating History

Here are all the details related to the relationship status and boyfriend of the 'You' actress Elizabeth Lail.

Elizabeth Lail acts the role of 'Guinevere Beck' in 'You.'
Source: Entertainment

Elizabeth Lail was born on March 25, 1992, and she graduated from the University of North Carolina School of the Arts in May 2014. After she graduated, she started her journey into acting by working in student film productions such as 'Model Airplane and Without.'

Elizabeth then moved to New York in pursuit of making a career on theater. There she landed a role of 'Anna' in the fourth season of the ABC series 'Once Upon a Time.' Afterward, Elizabeth got an opportunity to play the starring role of the camp counselor Amy in the horror series 'Dead of Summer.' In 2017, the actress got the female lead role in the Lifetime/Netflix series 'You.'

Elizabeth Lail also acted in 'Dead of Summer' and 'Once Upon a Time.'
Source: GotCeleb

If you are curious to know more about the 27-year-old actress, maybe about her boyfriends and love life, then you came to the right place. Here in this article, we present to you the complete and reliable information related to the relationship status and dating history of the Elizabeth Lail.

Also see: 'You' Love Quinn Star Victoria Pedretti - Who is Her Husband?

Who is Elizabeth Lail's Boyfriend?

Apparently, Elizabeth Lail is not dating anyone at present. The actress keeps all of her personal and relationship details strictly private. Even if you consider stalking her Instagram profile or other social media accounts, you will get a hard time trying to pin down a specific guy as her lover specifically. However, the actress may not actually be in a relationship as she is trying to focus and give more time to her new responsibility as an actress of 'You', which is growing in popularity.

Elizabeth Lail was in a relationship with Australian actor and model Julian Haig.
Source: Twitter

If you are looking for details on her past boyfriends, then we might be able to give you a little information on that matter. Elizabeth Lail dated Julian Haig in the past. Julian Haig is an Australian model and actor. It is unclear how long the couple dated, but we know the fact that they broke up in 2016.

Elizabeth Lail's Role in 'You'

Elizabeth Lail - who holds a wealth of $1.2 million - plays the role of the character 'Guinevere Beck' in the Netflix series 'You' alongside the fellow actors Penn Badgley who plays 'Joe Goldberg,' Ambyr Childers who acts the role of 'Candace Stone,' and Victoria Pedretti as 'Love Quinn.'

'You' is about a dangerously charming, intensely obsessive young man named 'Joe Goldberg' who goes to extreme measures to insert himself into the lives of those he is transfixed by. Elizabeth Lail as 'Guinevere Beck,' a broke New York University graduate student and an aspiring writer who engages in a romantic relationship with the main character 'Joe Goldberg.'

Find out about: Netflix You - Learn the Hidden Meaning Behind Love and Forty Quinn's Names

To find out more about the relationship of famous celebrities, visit Idol Persona. 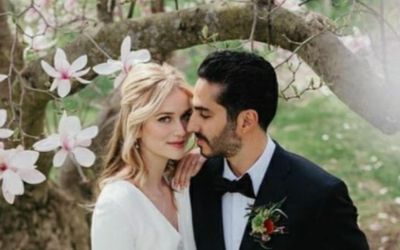 Who is Nieku Manshadi? Detail About his Married Life and Wife 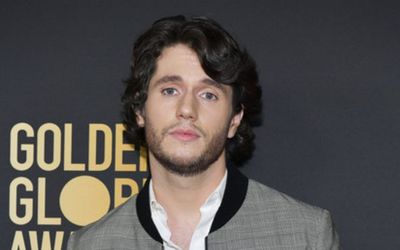 You's Forty Quinn Star James Scully - Does He Have a Wife?