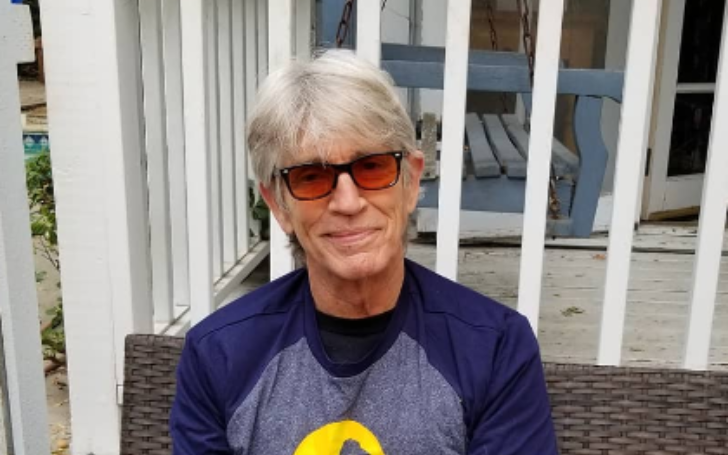 Grab All The Details On Eric Roberts' Net Worth!!

Eric Roberts, 66, is a well-known American actor. His career began with a leading role in King of the Gypsies, for which he was nominated for his first Golden Globe Award.

As per Celebrity Net Worth, Eric Roberts' net worth is estimated to be $2 million as of 2022. His main source of income is his acting in various films and television shows.

Roberts rose to prominence in Hollywood after appearing in commercially successful films such as King of the Gypsies and Star 80.

Eric Roberts was arrested in New York in 1987 for cocaine and marijuana possession. He was arrested after attempting to assault a police officer. The drug charges were eventually dropped, and Roberts instead pleaded guilty to harassment. He spent a total of 36 hours in jail.

Eric Roberts was arrested in New York in 1987 for cocaine and marijuana possession.
Photo Source: Instagram

Roberts was arrested again in 1995 for shoving his wife Eliza into a wall. This was one of the primary motivators behind his decision to never use drugs again.

Eric Roberts has struggled with substance abuse issues for many years. These issues eventually drove a deep divide between him and his wife, but they were resolved when Roberts decided to stop using drugs.

Roberts also revealed that he and his sister, Julia Roberts, had been estranged for many years as a result of his drug addiction. After Julia gave birth to twins, they reconciled. His substance abuse issues (particularly with medical marijuana) were featured in an episode of "Celebrity Rehab."

Many of Eric's family members appeared on the show to talk about the impact of his drug problems on their lives. He and his wife later appeared on "Celebrity Wife Swap."

Eric Roberts was in a serious car accident while living with Sandy Dennis. This collision was caused by Sandy's German Shepard, who leaned out of the car too far. Roberts let go of the steering wheel in order to grab the dog.

Eric Roberts was in a serious car accident while living with Sandy Dennis.
Photo Source: Instagram

Roberts then crashed his car and went into a three-day coma. He is an animal lover, and when he awoke from his coma, one of the first things he asked was if the dog was okay. Eric is also a vegetarian.

In 1977, Eric Roberts debuted on the soap opera Another World. Roberts then moved on to film, appearing in films such as King of the Gypsies, Star 80, and Runaway Train. During this time, Roberts also appeared on Broadway in plays like Burn This.

In 1977, Eric Roberts debuted on the soap opera Another World.
Photo Source: Instagram

Roberts appeared in a wide range of films throughout the 1980s and 1990s and went on to amass an incredible number of credits over the next few decades. He was also the first non-British actor to play the iconic role of the Master in Dr. Who.

Eric's other film roles included appearances on shows such as Less Than Perfect, The L Word, Law & Order, Heroes, and many others. Roberts also made a name for himself as a voice actor, portraying the villain Mongul in Justice League and Justice League Unlimited.

Click Here To See: Is Olivia Culpo Rich? What is her Net Worth in 2022?

Roberts' other voice-acting roles have come from shows such as Danny Phantom. The Dark Knight, in which he played a Gotham City Mafia boss, was one of his highest-grossing films. He appeared in a number of films in 2020, including Reboot Camp, Angels Fallen, The Unbreakable Sword, Deported, Collision Earth, Hayalet: 3 Yasam, and Top Gunner.

Eric also appeared in the DC Comics short film Pamela & Ivy and the fan-made film Gambit: Playing for Keeps. He went on to play the lead villain in The Expendables.

Some of Roberts' more recent roles include films like The Institute and television shows like Grey's Anatomy. He also appeared in the drama After Masks, horror film 616 Wilford Lane, and comedy Mr. Birthday.