Home / lifestyle / Is Eric Stonestreet Married as of 2021? All Details Here!

Is Eric Stonestreet Married as of 2021? All Details Here! 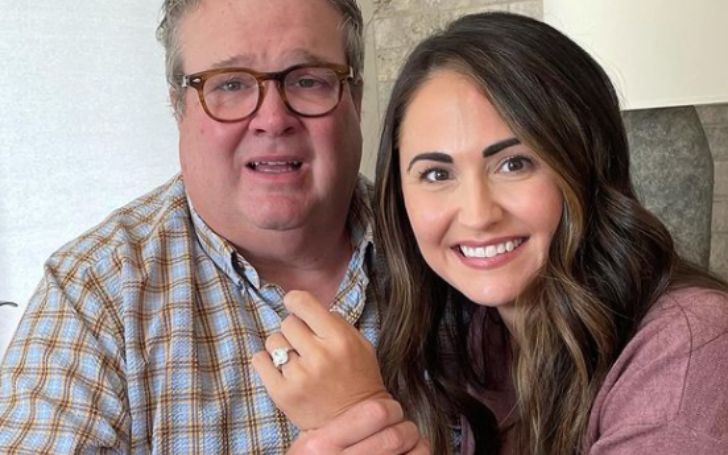 Learn All The Details On Eric Stonestreet's Personal Life!!

Eric Stonestreet, who enjoys a massive net worth of $23 million, is an American actor and comedian. He is well-known for his work on the television drama series Crime Scene Investigation: CSI and his award-winning performance as Camron Tucker in the ABC mockumentary sitcom Modern Family.

Millions of people in the United States and around the world enjoy Stonestreet's hilarious comedy and superb acting. He was nominated three times and won two Emmys for Outstanding Supporting Actor in a Comedy Series.

In the early 1990s, Eric has appeared in over twenty comedy films and forty television series, all of which have received widespread acclaim. Besides his professionalism, in this article, we'll learn in detail about Stonestreet's personal life.

Is Eric Stonestreet Married as of 2021?

No, Eric Stonestreet is not married, but he is recently got engaged to his long-time girlfriend, Lindsay Schweitzer. According to CNN, Stonestreet announced his engagement to fiancée Lindsay in a typically amusing Instagram post on Sunday.

"She said, She'd have her people call my name," the Modern Family star wrote alongside a trio photo showing off the ring after dating for more than five years. Eric showed off his acting skills in the carousel by portraying three different emotions, while Schweitzer was all smiles as the pair posed for photos while sitting at a table together.

PEOPLE was the first to report in 2017 that the two-time Emmy winner was dating the pediatric nurse, whom he met at the Big Slick charity weekend in Kansas City in 2016.

Following the announcement, the couple received messages of support from celebrities such as Zachary Levi, Hillary Scott, Micheal Buble, Vernon Davis, Will Sasso, and Bethenny Frankel, who wrote "Yes."

On September 9, 1971, Eric Stonestreet was born in Kanas City, Kansas. Jamey, his mother, worked as a teacher's aide, and Anthony, his father, owned a retail store in Leavenworth. Eric wanted to be a clown as a child, so he created Fizbo, a clown character, and began performing at children's birthday parties by the age of 11.

Fizbo's name was revived decades later for a clown character Eric played on Modern Family. Stonestreet attended Piper High School and Kansas State University, where he was a member of the Pi Kappa Alpha fraternity and earned a bachelor's degree in sociology.

As a college student, Stonestreet performed in school plays such as Prelude to a Kiss, All My Sons, and Twelfth Night. After graduation, he took improv classes at Chicago's Improv Olympic and Second City Training Center, learned from future comedy superstar Tina Fey.

If you guys are on this line, you already know Eric Stonestreet is engaged to his wife-to-be, Lindsay Schweitzer. They exchanged engagement rings on August 22, 2021.

Since then, Eric and Lindsay have been living a blissful life together. Lindsay frequently features on Eric's Instagram.

Talking about marriage, Eric and Lindsay haven't shared their vows. However, with things going great between the lovebirds, we might soon see them walking down the aisle.