Home / lifestyle / Who is Erling Haaland's Girlfriend? Details of His Family Here 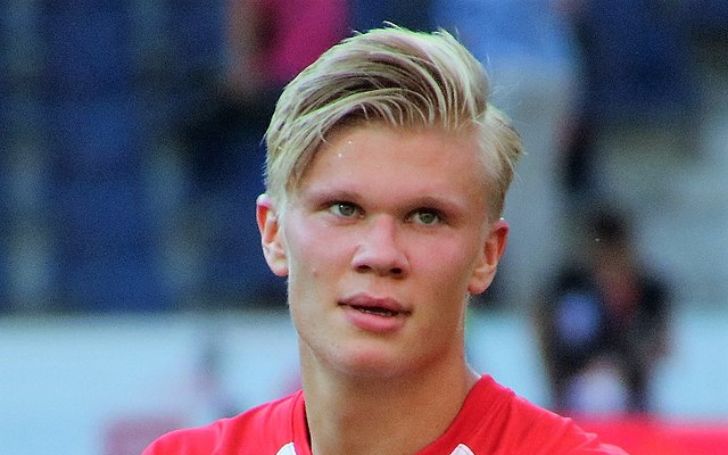 Learn All The Details of Erling Haaland's Dating Life!!

Erling Haaland is a professional footballer from Norway who plays for Borussia Dortmund. He is a fantastic goalscorer known in football for his athleticism, pace, and strength. Many of his followers nicknamed him The Terminator because of his intelligence and football skills.

Due to Haaland's ability to push his team to the top, he is regarded as one of the best strikers in the world. He has a massive fan following globally.

21-year-old Haaland is quite an expensive player. His estimated net worth is around $12 million. Besides his professional life, fans are curious about his personal life, so check out the information below.

Is Erling Haaland Dating Anyone?

As of 2021 Erling Haaland is single. After breaking up with his ex-girlfriend when he transferred to RB Salzburg, he hasn't dated anyone. He hasn't shared any stories regarding his love life.

Erling Haaland is single at the moment.
Photo Source: Instagram

Currently, this talented football star is focused on his career. Erling enjoys spending time with his family with his loved ones and family. But he is most passionate about his football career.

Erling Haaland was born in Leeds, England, on July 21, 2000. He is the son of Alf-Inge Haaland, a former defender for Nottingham Forest, Leeds United and, Manchester City, and Gry Marita Braut, a former women's heptathlon athlete.

6'4'' tall footballer grew up with two siblings, Astor Haaland and Gabrielle Haaland. He moved to Bryne, Norway, with his parents when he was three years old.

When he was old enough to attend school, his father enrolled him in a sports institution that suited his interests. Haaland participated in different sports as a youth, besides football, including handball, golf, and track and field.

Erling Haaland's career began at the age of six. It didn't take long for the world to notice his talent. After his debut with Borussia Dortmund, he became the first player in Bundesliga history to score five goals in his first two games.

This famous star also made his UCL debut with RB Salzburg. In the majority of the team, he plays as a striker. When Haaland scored nine goals against Honduras in a FIFA U20 competition, he set a new record for most goals scored in a single contest. Nike and Puma were two of his sponsors.

Also, See: Who is Alexandra Shipp's Boyfriend in 2021?

Haaland has had several successes since joining Dortmund in December 2019. In his debut match against FC Augsburg in January 2020, he scored a hat-trick in just 23 minutes. Throughout the 2019-20 season, he scored in many other games.

Erling Haaland Being a Funny Guy

Later, Erling appeared in the 2021 DFB-Pokal Final, winning his team against RB Leipzig, which also earned them the title. He finished the 2020-21 season with 41 goals, 27 of which were league goals.

There is nothing new to talk about Erling Haaland's love life as of 2022. He is still single; thus, his relationship status hasn't changed yet.

Although nothing much is going on in Haaland's romantic life, he is doing great professionally. His skill and talent made him a massive star, and many prominent clubs were offering mouth-watering offers.

As per Planet Football, some of the clubs include Barcelona, Real Madrid and Manchester City. However, Haaland might stay with Bundesliga until 2024. He is still in his early twenties and is a massively in-demand striker. So, one thing is for sure he has a bright future ahead.