The news got viral after Christina hints at her viewers, posting and quickly deleting the photo wearing the ring on her left finger, as noted by TMZ.

On Sunday, August 15, 2021, Christina shares a photo through her social media, which featured Joshua and his mother. However, eagle-eyed fans noticed a massive rock on her left ring finger.

Quickly after the post went viral, Christina deleted her post and re-uploaded another picture featuring the trio; however, on this one, nothing was on Christina's left ring finger.

Indeed, despite the fact that the photo looks quite similar, there is a vast difference. Photo Christina deleted contains a ring in her left hand, whereas, in the recent one, she has removed her ring from her finger. Further, she has disabled comments on the new post.

Christina Haack and Joshua Hall were spotted together for the first time celebrating Christina's 38th birthday.
Photo Source: US Weekly

It has been nearly one month since the couple has been dating. We can't assume that the pair already thought of exchanging the rings in a very few days.

Mother of three is well experienced in married life as she already tied her knot with two handsome faces, Tarek El Moussa and Ant Anstead.

Undoubtedly, if Christina has taken the next step in her love life, then we can say that she has found her life partner in Joshua.

Even though their relationship is under a certain amount of scrutiny now that they've gone public, Christina and Joshua aren't looking back. She said, 'We decided what's in the past, is in the past. We aren't looking at all the nonsense online.'

For more information on your favorite celebrities, stay tuned with us in Idol Persona. 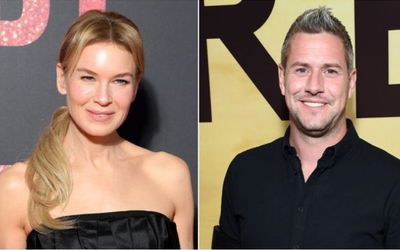 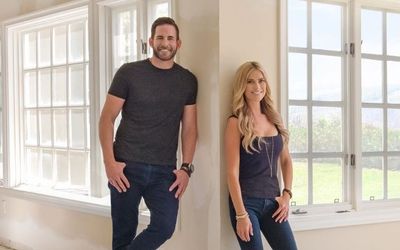