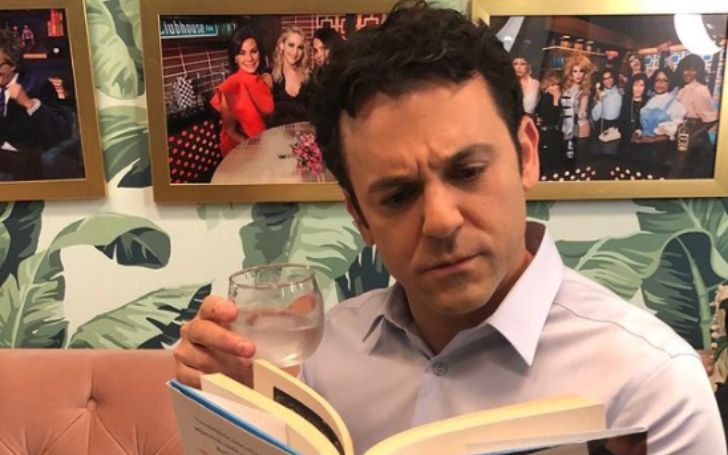 Learn All The Details On Fred Savage Personal Life!!

Fred Savage, 45, is an American actor, director, and producer best known for his role as Kevin Arnold in the American television series The Wonder Years. He debuted in the 1986 film The Boy Who Could Fly. This was the role that earned him his first award.

After a few more guest appearances on other shows, Savage was cast as the lead in The Wonder Years' comedy-drama series at the age of twelve. After only six episodes, the show was named one of the 20 best shows of the 1980s and won a Primetime Emmy Awards for Outstanding Comedy Series.

Savage became the youngest person ever to be nominated for an Emmy Award for a best leading performer.

Yes, Fred Savage is still married. As per We Got This Cover, his wife's name is Jennifer Lynn Stone. Before they married, Fred and his better half were childhood friends who got to know each other while growing up in Chicago.

Fred Savage is an American actor, director, and producer best known for his role as Kevin Arnold in the American television series The Wonder Years.
Photo Source: Instagram

Even though they grew up together, the pair lost touch when Fred and his family relocated to Los Angeles. Instead of relocating for the parent's new job, the family decided to travel because Fred had landed the role of a lifetime on television.

Savage was reunited with an old Chicago neighbor on his 22nd birthday, and the two hit it off. "We started talking and smooching, and we've been together ever since," Savage told People.

Recommended: Who is Kelsey Kreppel? Here are the Complete Details

Jennifer worked as a commercial real estate agent, while Savage continued to work in television. The pair were quite successful apart from one another; they took things to the next level when they got together.

The couple eventually tied the knot. To be precise, Savage and his spouse shared their vows in 2004, and since then, they have been living a blissful married life.

Savage and Stone even expanded their family. They gave birth to three children, son Oliver Phil Savage was born on August 5, 2006, daughter Lily Aerin Savage was born on May 3, 2008, and their youngest son, Auggie Savage, was born on November 26, 2012. Fred and his wife want their children to have a Chicago spirit.

"Even though we've lived in Los Angeles for a long time, it's very important to us to instil in our children a sense of that Chicago spirit and we keep it alive in our house all the time." What an emotional rollercoaster the World Series was last year! " We were actually watching the Series while we were filming Friends From College," Fred explained to The Chicago-Sun Times.

On July 9, 1976, Fred Savage was born in Highland Park, Illinois, USA. He is the son of Lewis Savage, an industrial real estate broker and consultant, and Joanne Savage. His younger brother, Ben Savage, is an actor and his younger sister, Kala Savage, is a musician plus actress.

Savage grew up in Glencoe, Illinois, before moving to California with his family. He went to Brentwood School, a private school in Los Angeles' Brentwood neighborhood. Fred graduated from Stanford University in 1999 with a bachelor's degree in English.