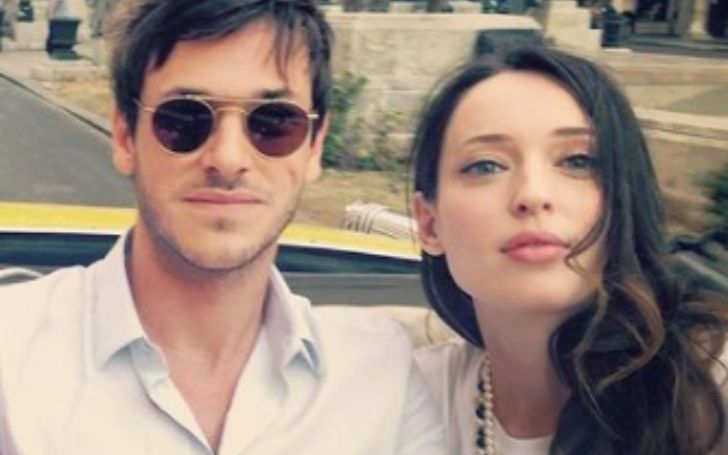 Grab All The Details On Gaspard Ulliel's Wife!!

Gaspard Ulliel was a French actor and model with an estimated net worth of $8 million when he died. He tragically perished in a skiing accident on January 19, 2022, at the age of 37.

Ulliel was most recognized in the United States for his role as Hannibal Lecter in Hannibal Rising. He earned a César Award for Best Actor in 2017 for his part in It's Only the End of the World, which is the French equivalent of an Oscar. In 2005, the actor won a César for Most Promising Male Newcomer.

Who is Gaspard Ulliel Partner?

According to Gala.fr, Gaspard Ulliel's girlfriend Galle Piétri was recognized as a model during a competition in Corsica and proceeded to Paris. She signed with Elite International in 2004 and began modeling for firms like Garnier.

Gaspard Ulliel's girlfriend Galle Piétri was recognized as a model during a competition in Corsica and proceeded to Paris.
Photo Source: Instagram

Piétri could not devote her full attention to her studies due to her frequent travel, so she dropped out and began modeling full-time. The stunning model appeared in magazine fashion shoots and commercials for brands such as Dim, Diesel, Carte Noire coffee, and Bourjois mascara. She's had a modeling career for nearly 15 years.

When Did Gaspard Ulliel And Galle Piétri Start Dating?

Gaspard Ulliel and Piétri had been in a long-term relationship since 2013. The couple revealed they were expecting their first child together on November 9, 2015.

Gaspard Ulliel and Piétri had been in a long-term relationship since 2013.
Photo Source: Instagram

On February 9, 2016, the lovebirds announced the arrival of their first child, a son named Orso Ulliel. However, the duo was not married, so Galle is not her wife officially.

You May Also Like: Is Ella Bleu Travolta related to John Travolta? Know about her Family

In 2005, Ulliel had a relationship with Cecile Cassel, a French actress. For two years, the pair was together. However, due to a misunderstanding, they split in 2007. In 2008, he began dating Jordane Crantelle. However, their love affair did not last long, and they parted in 2013.

On November 25, 1984, Gaspard Ulliel  was born in Boulogne-Billancourt, Paris, France. Ulliel grew up with parents who worked in the entertainment industry. His mother worked as a fashion show producer, while his father was a stylist.

Ulliel has a scar across his cheek from when he was bitten by a dog while trying to ride on its back as a child. Gaspard died at the age of 37 following a skiing accident.

Following rumors that Gaspard had been hospitalized Tuesday after suffering a head injury from a crash on the slopes in France's Savoie region, AFP confirmed the news. According to his agency and family, he was flown by helicopter to a hospital in Grenoble, where he died on Wednesday.

Sibyl, a French romantic comedy starring Virginie Efira and Adèle Exarchopoulos that won the Palme d'Or at Cannes in 2019, was Ulliel's final film. He also starred in a commercial made by Martin Scorsese for Chanel's Bleu de Chanel fragrance and Longchamp.

In July 2021, he was cast in Marvel's series Moon Knight, with Oscar Isaac and Ethan Hawke, as Anton Mogart/Midnight Man.