Grab all the details on the net worth of the American television host and political commentator George Stephanopoulos.

George Stephanopoulos is a chief anchor and political correspondent on ABC News. The political commentator and television host is also a co-anchor with Robin Roberts and Michael Strahan on 'Good Morning America' and host of 'This Week,' ABC's Sunday morning current events news program.

George Stephanopoulos used to be an advisor to the Democratic Party before he began his career as a journalist. He was a communications director for the 1992 presidential campaign of Bill Clinton and subsequently became White House communications director. Below, we take a look at his net worth and career and learn how much wealth he's earned over the years.

What is George Stephanopoulos's Net Worth?

According to Celebrity Net Worth, George Stephanopoulos holds an estimated net worth of $40 million, as of November 2020. He earned this amount of money from his early career as a political advisor and later as a journalist. He served in the Bill Clinton administration in the past and later opted for a career in journalism, where he engages mainly in political commentary.

George Stephanopoulos began his career in politics in 1988, when he worked on the Michael Dukakis 1988 U.S. presidential campaign. He worked with David Wilhelm and James Carville as leading members of Clinton's 1992 U.S. presidential campaign. At the outset of Clinton's presidency, he served as the de facto press secretary, briefing the press even though Dee Dee Myers was officially the White House Press Secretary. But he resigned from the Clinton administration shortly after Clinton was re-elected in 1996.

Also See: Karl Anderson Net Worth - How Rich is the Former WWE Star?

After George Stephanopoulos left the White House, he became a political analyst for ABC News and served as a correspondent on 'This Week,' ABC's Sunday morning public affairs program. Additionally, he also featured on 'World News Tonight,' the evening news broadcast, and 'Good Morning America,' the morning news program. Since 2014, he's been the Chief Anchor at ABC News. There are some reports that claim ABC News pays George a salary of $15 million per year.

In 2018, George Stephanopoulos and his wife Ali Wentworth put their house situated on the edge of the tony Hamptons town of Southampton, New York, on sale for about $6 million. They had purchased the home in 2013 for about $4.5 million. The two-story residence, spread over 4,800 square feet of the area, comes with five bedrooms and seven bathrooms.

George Stephanopoulos and his wife Ali Wentworth put their house in New York on sale for about $6 million.
Source: Global Mansion

The home also has a partly paneled double-height foyer, an airy living room with fireplace and custom-built library wall, a formal dining room with elaborate ceiling moldings and French doors to the yard, and a commodious center-island kitchen with marble countertops under a retro farmhouse-style pressed-tin ceiling.

Check Out: Jason Lee Net Worth - The Complete Breakdown!

The couple also has a full-floor two-unit combination apartment near Central Park on the Upper West Side of Manhattan. They bought the property in 2010 for $6.5 million, and it comes with three bedrooms and 2.5 bathrooms. 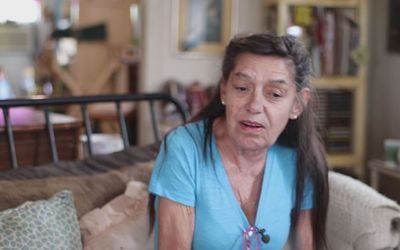 How Much is Connie Hamzy Net Worth? Here is the Complete Breakdown