Home / net-worth / How Rich is Gloria Estefan? Details on her Net Worth here

How Rich is Gloria Estefan? Details on her Net Worth here 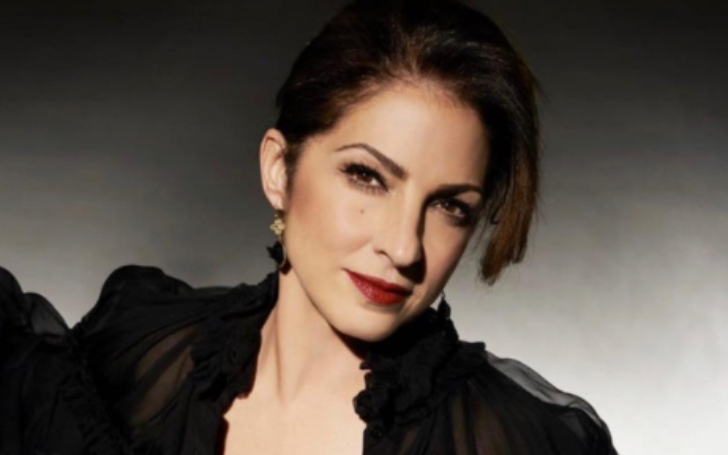 Grab All The Details On Gloria Estefan's Net Worth!!

Gloria Estefan is a Cuban-American businesswoman, singer, and actress. She has three Grammy Awards, a Presidential Medal of Freedom, and has been voted one of VH1 and Billboard's Top 100 best performers of all time.

Estefan, 64, has sold over 75 million records globally, making her one of the most successful female singers of all time. She is married to her husband, Emilio Estefan and has two children.

What Is Gloria Estefan's Net Worth?

Gloria Estefan's net worth is estimated to be around $500 million. Surprisingly, she is one of the top 100 best-selling music artists. According to some estimates, she has been able to sell 100 million records.

Estefan's professional work in her songs and several CDs is also her primary source of income.

As per Celebrity Net Worth, Emilio Estefan and Gloria Estefan paid $1.84 million for a 1.4-acre waterfront home on Star Island near Miami in 1993. Emilio's mother lived on the land for many years. After her death in 2013, the Estefans rented out the guest house for $30,000 per month. They listed the estate for $40 million in 2015.

They were unable to find a buyer. They reduced the asking price to $27.5 million in May 2020. On a more positive note, the house was finally sold in August 2021 for $35 million! They have a second mansion on Star Island that is at least $30 million in value.

Gloria Estefan is the author of two children's novels, Noelle's Treasure Tale and The Magically Mysterious Adventures of Noelle the Bulldog, both published in 2005. The latter spent a week as the third-best-selling in the New York Times.

Gloria Estefan is the author of two children's novels, Noelle's Treasure Tale and The Magically Mysterious Adventures of Noelle the Bulldog, both published in 2005.
Photo Source: Instagram

Estefan and her husband also worked together to create the cookbook Estefan Kitchen. The cookbook, published in 2008, offers 60 traditional Cuban dishes.

It was revealed in April 2014 that a Broadway musical based on Gloria's life would be released. On Your Feet, directed by Jerry Mitchell, debuted on Broadway in November 2015. It chronicled the singer's life and career, including her early years in Miami and her rehabilitation from a car accident in 1990. The musical ran for three months in London's West End in June 2019.

You May Also Like: What is Punam Patel's Net Worth? Details on her Movies & TV Shows

Estefan has featured in numerous films, including 1999's Music of the Heart" and 2000's "For Love or Country: The Arturo Sandoval Story. She also appeared in Marley & Me in 2008.

In February 1998, Gloria participated in the ABC television spectacular Elmopalooza. In April 2004, she featured as a guest mentor on American Idol. Estefan has also appeared as a guest star on the shows Glee, The Next: Fame Is at Your Doorstep, and One Day at a Time.

While still a student, Gloria Estefan met Emilio Estefan, the leader of the band Miami Latin Boys. He encouraged her to sing for his band, then invited her to join and renamed the band Miami Sound Machine.

Beginning in 1977, the band began recording and releasing albums. Live Again Renacer was the title of their debut album. Following several other successful records, the band inked a deal with Discos CBS International.

The self-titled album, Miami Sound Machine, was published in 1980, and the band went on to record other albums during the decade, which helped them become highly popular on a global scale.

Gloria rose to prominence with the band's 1987 album Let it Loose, for which she received front-row billing. The record became a best-seller not only in the United States but also in Canada and Australia, recognizing her abilities as the band's lead singer.

In 1989, Estefan released her debut solo studio album, Cuts Both Ways. The record became a best-seller, solidifying her status as a solo artist. In 1990, she was in a catastrophic vehicle accident that threatened her career. But, ever resilient, she surprised doctors by bouncing back to health and was soon performing again.

Into the Light, Gloria's first concept album was released in 1991. The album's topic was conquering life's challenges in order to return to the desired life. Mi Tierra, her Spanish album, was published in 1993. She combined aspects of Latin and Cuban music into the album, becoming one of the year's most notable Latin releases.

In 1994, Estefan published the album Hold Me, Thrill Me, Kiss Me, which featured cover versions of her favorite songs by musicians such as Carole King, Blood, Sweat & Tears, Elton John, Neil Sedaka, and others.