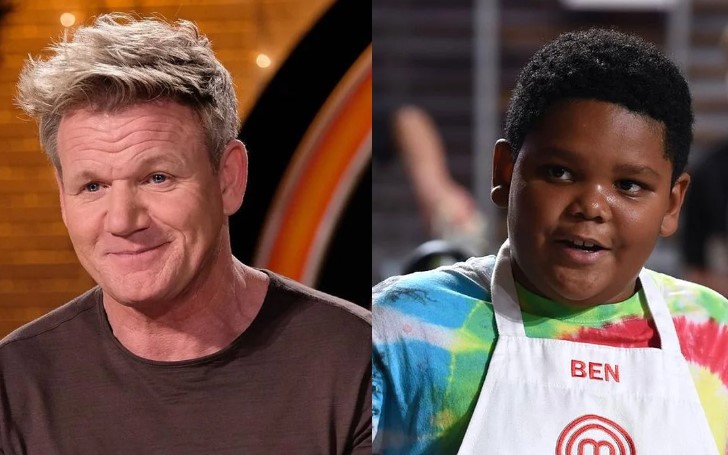 Gordon Ramsay paid his tribute to former Masterchef Junior contestant, Ben Watkins, who died at the age of 14.

Ben Watkins died at the age of 14 following his battle with cancer; the news was confirmed by TMZ first. According to the reports, Ben was diagnosed with a rare kind of cancer.

The report claimed Ben was diagnosed with a soft tissue tumor last year. Ben was known for his stint on Masterchef Junior Season 6, the season led by Gordon Ramsay.

As we all know, Gordon, despite his arrogant and rude personality, is always close to people he comes across.

Certainly, the news of Ben Watkins passing was as heartbreaking for Gordon as it has been to all of his fans. Following the news, Gordon took to his Twitter account to pay his tribute.

"We lost a Master of the
@MasterChefJrFOX
kitchen today. Ben, you were an incredibly talented home cook and an even stronger young man. Your young life had so many tough turns, but you always persevered. Sending all the love to Ben Watkins’ family with this terrible loss Gx."

Ben, during his stint on Masterchef Junior Season 6, made it to the top 24. The 14-year-old was an instant fan favorite for his personality.

Several fans of the show and Ben also paid their tribute on social media. One fan wrote,

"Ben Watkins 🙏 . It was a joy to watch Ben cook. My condolences to his family and friends."

"Very sad news, prayers and condolences to his family and may he rise in a much better place."

The next one wrote,

"Sad, sad news, my goodness! This sweet angel had endured so much in his short life; it just breaks my heart RIParadise, young man."

You May Also Like: DaBaby Fans Send Their Condolences Following Rapper's Brother's Death