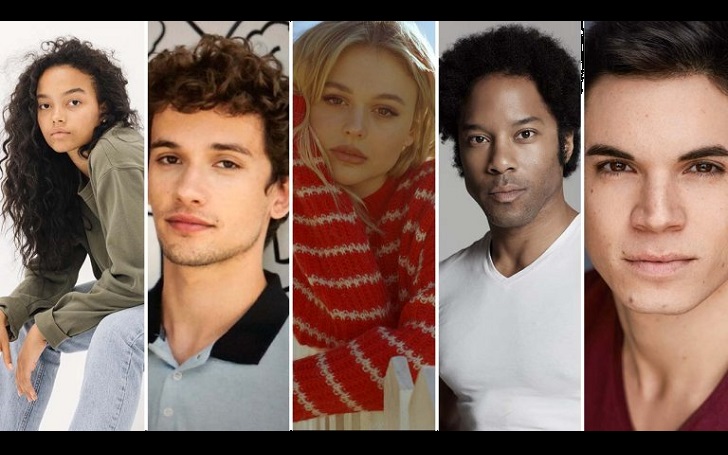 Well, good news recently broke in revealing how our favorite show, 'Gossip Girl' is coming back as a reboot in 2020. The American teen drama returns in the HBO network with some of the promising cast and story. Here's the complete guide.

'Gossip Girl' 2.0 returns to the screen in May 2020 after eight years of its final episode. Big thanks to the HBO Max, who ordered a 10-episode reboot of the Manhattan's teen show in July 2019.

The 'Gossip Girl' rerun is supposed to take place in the same universe as the original show from The CW. The HBO-based show will be in real-time from the original one this time around.

Following an announcement by Warner Media to enlighten our hearts with the return of 'Gossip Girl' earlier this year, the show is all set to release in May 2020. Despite all the hype around the reboot, the official release date is yet undisclosed.

Gossip Girl is set for a reboot in 2020.
Source: Barbaras HD

You might have already known by now that it is HBO's new streaming network, the HBO Max, which will bring us our favorite show.

If you weren't excited by now, you should be now, as the 'Gossip Girl' co-creator, Josh Schwartz, revealed how they asked everybody from the original show from 2007 to join the reboot. The former CW show gave rise to some top stars, including Taylor Momsen, Leighton Meester, and Penn Badgley, who are yet to confirm if they will be back on the rerun.

However, the likes of Kristen Bell, the narrator in the original series, is definitely psyched for a return. The producers couldn't be more excited and said how Bell would always be the voice of 'Gossip Girl'. On the other hand, Chace Crawford, who initially portrayed 'Nate Archibald',said he is up for a cameo role if needed.

Kristen Bell will return in 'Gossip Girl' as the narrator.
Source: The Good Place

On the contrary, the lead character from the 2007 version is clearly off the return as Lively told the E! News how she isn't "involved" in the production. Blake, who featured in the show as 'Serena Woodsen' earlier on, will be a significant loss for the reboot.

You may also like: Love Quinn Actress Victoria Pedretti - How Much Did She Make From Netflix You Season 2?

It's not just the actors who might return; some of the producers, including Stephanie Savage and Joshua Safran, return as executive producers and scriptwriters, respectively. They will join Schwartz to make the wishes of many fans to reality by bringing back the show.

The actress from 'Code Black,' Emily Alyn Lind was the first new cast member, who is set to play the lead character of 'Audrey' in the show. It will be a huge pressure for the diva to play the role of a girl in a long term relationship and trying to explore what's out there.

On the same day of Lind's acquisition, other stars like Whitney Peak from 'The Chilling Adventures of Sabrina' and Eli Brown from 'Pretty Little Liars signed for Gossip Girl.' Moreover, Johnathan Fernandez and Jason Gotay will also have big shoes to fill in the reboot.

Only time will tell if Gossip Girl 2.0 could fulfill the audience's expectations from the bar set from its original series. The HBO Max content head, Sarah Aubrey, revealed how the first script of the rerun is so good.

A Much Diverse Plot

The new cast would reference Serena, 'Blair', 'Chuck', and 'Dan' with a much different perspective than just a sequel. Furthermore, it is expected to be more diverse, involving the LGBT perspective as well. But the trailer is yet to come.

All you have got to do is wait since the show is back to entertain us comprising the impacts of social media in the teenagers. Kudos to the Warner Media as well, for bringing a deja vu feeling and making the very-much anticipated return of 'Gossip Girl'.