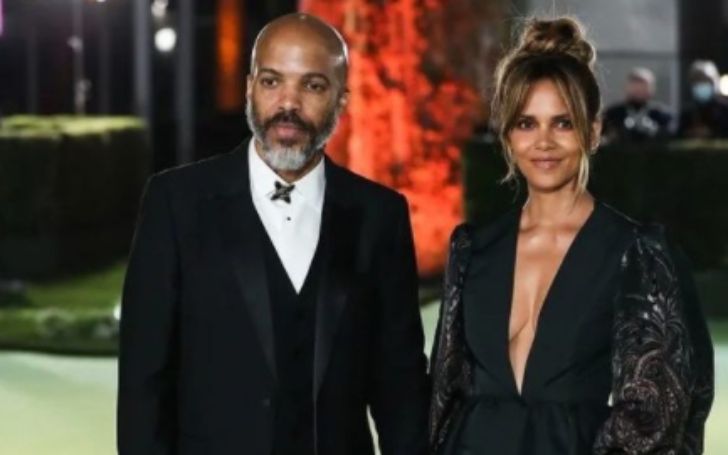 As per Page Six, with a post on Instagram on New Year's Day, Halle Berry tricked her superstar friends and Instagram followers into thinking she and her boyfriend, Van Hunt, tied the knot.

"Well... IT'S OFFICIAL," the actress,55, captioned a picture of herself and the singer, 51, kissing barefoot. "2022!" she wrote over the second photo in the series, a close-up selfie of two smiling.

Naomi Campbell, Taraji P. Henson, and Questlove all fell for the prank and sent their best wishes to the couple.

"We were just having a good time on New Year's Day!" "Clearly, people don't swipe as much as we though," she explained in her caption. "Thank you for your well wishes, though; it meant a lot to us!"

"Now it's OFFICIAL; the internet is no longer undefeated," she added. #januaryfooldayy!nomoreswipes4me."

When Halle posted a cryptic photo of herself playing footsie with a mysterious man in August 2020, she revealed she was dating again. When Halle wore a shirt named "Van Hunt" on the front in September 2020, she finally revealed his identity.

The actress has yet to reveal how the two met. The former Bond girl had an illustrious career and has undoubtedly won the genetic lottery.