Home / lifestyle / Has There Ever Been a Picture of Hannah Ferrier's Boyfriend Out in Public?

Has There Ever Been a Picture of Hannah Ferrier's Boyfriend Out in Public? 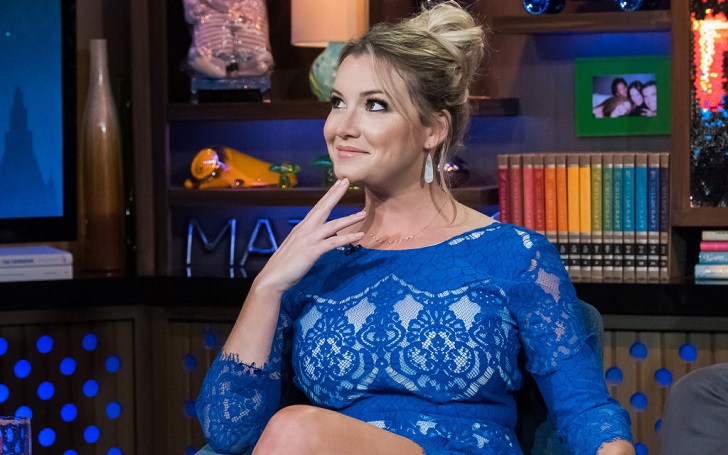 And has there ever been a more secretive love life in the Bravo universe? Well, there has hardly been any secret about the dating life of anyone starring in one of their shows. But the 'Below Deck' world might be a little different, evident by the secrecy 'Below Deck Mediterranean's Hannah Ferrier has for her boyfriend Josh.

And that's all anyone knows about Josh, his first name, and well, his life with partner Ferrier. Either way, this is the happiest she's been in her life, evidently claiming Josh is the one for her forever. And no one could be inclined to say no.

It will be two years in October 2020 that they are together for, and to this day, no one knows what he looks like. But it was not her decision to go private. She respected her decision to do so and went along with it, no doubt a smart decision, considering the industry's manner about these things.

To be fair, Hannah Ferrier did not really hide any of her relationships although, it would've been hard to do so with no boyfriend during all four seasons of the show. This will be the first, but don't expect to see Josh on 'Below Deck Med'. He's more a land-kind of guy.

She celebrated their one year anniversary with a dinner at Jonah's Restaurant & Boutique Hotel.
Photo Source: Hannah Ferrier, Instagram

"In between charter seasons, I went home to Australia. I met someone," She said during the Season 5 premiere of the show in June 2020. "This is definitely the first relationship that I actually see some longevity and potentially getting married and making babies and having a family."

Be that as it may, Josh did not really recognize her despite seeing her on few episodes of the show. Who can blame him? Either way, she's glad she didn't scare him off.

"We actually met in a bar in Sydney the day after I landed after filming Season 4," she recalled on 'Watch What Happens Live's June episode. "We kind of both flirted with each other, but I did let him know I just finished filming, so I was at 50 percent of my normal capability. So I'm surprised that alone didn't scare him off."

Josh Hates Social Media, But They Pulled Through Their Long Distance Relationship While Filming Season 5

Ferrier is also happy with the fact that Josh does not prefer social media at all, but dating was difficult when she was filming Season 5. He is from Scotland and is based on Sydney, Australia, and remember she said he prefers the land.

"He's very private, he hates social media, so, that's definitely something that I respect," she told Andy Cohen. "It's probably for the best. Like, I don't think I could date someone that was fascinated with their Instagram and taking selfies and stuff."

"It was very difficult dealing with the pressures of doing a charter season and filming without having him there to be able to support me."

Find Out: About Jennifer Holliday's Husband & Her Married Life

The two naturally pulled it off and are now expecting a baby. For all the help he's been with her pregnancy, she even rewarded Josh to an outdoor picnic recently. But sadly, there were no photos of the guy and for a very good reason.

Are They Thinking of a Wedding Yet?

As happy as Hannah is in this relationship, one would expect them to move forward with it beyond a child. She did see marriage in the cards for this one. However, she does not have plans for anything like that yet, with the baby coming to their home soon.

"At the moment, the priority's the baby, and I'm not extremely traditional like that," she said in the confessional interview on The Daily Dish. "A lot of people are married and miserable and a lot of people are in a relationship and not married and very happy. So, that doesn't really bother me when we get married."

[Not her baby!!!] She's preparing well for her own child, of course.
Photo Source: Hannah Ferrier, Instagram

"I think it's just nice when you're with someone and you're secure enough that you know that's where it's going," she concluded. "So you are quite comfortable with taking your time."

Now that the filming is done for Season 5, she has the baby to prepare for, and she says she's done with 'Below Deck Mediterranean'. Yeah, this is the last time anyone will be seeing her on the show. Meanwhile, she's continually paying tributes to Ferrier with her posts, apart from the recent one. And it's not the last time either.