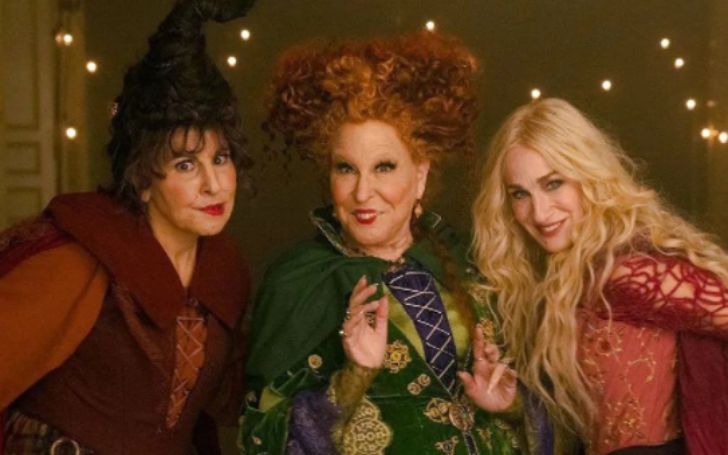 The Disney+ sequel "Hocus Pocus 2" has gotten a major update

For Hocus Pocus fans, it's another great morning! Hocus Pocus 2 has finally concluded production and will appear on Disney+ this Halloween after filming last fall.

As per Pop Culture, Executive producer Adam Shankman announced the latest news on the highly awaited sequel to the Sanderson sisters' story on Friday.

Shankman said on Instagram, "SISTAAAHHSSSS Aaaaaand [Hocus Pocus 2] is a sequel to Hocus Pocus." He thanked the "great team...and the WHOOOOLLLEEEE cast and crew" before revealing that the upcoming picture, a sequel to the hit 1993 film, will be "coming to you [Halloween] [2022] on [Disney+]."

Recommended: Adele canceled Vegas Show reportedly because of her Boyfriend!

Disney has not yet confirmed specific release date, though it did tell Variety that the film will premiere "at some point around the Halloween season this fall." Given that Halloween occurs on a Monday this year, the picture is expected to be released a few days before All Hallow's Eve, most likely over the weekend.

The sequel to Hocus Pocus will follow high schoolers Becca, Cassie, and Izzy, who, like in the first film, unintentionally bring the Sanders sisters, Winifred, Sara, and Mary, to modern-day Salem. The youthful women have until midnight on All Hallow's Eve to stop the Sanderson sisters from wreaking havoc on Salem in an attempt to lengthen their lives.