Home / lifestyle / Who is Holland Roden Dating in 2021? Details on Her Boyfriend and Dating History Here 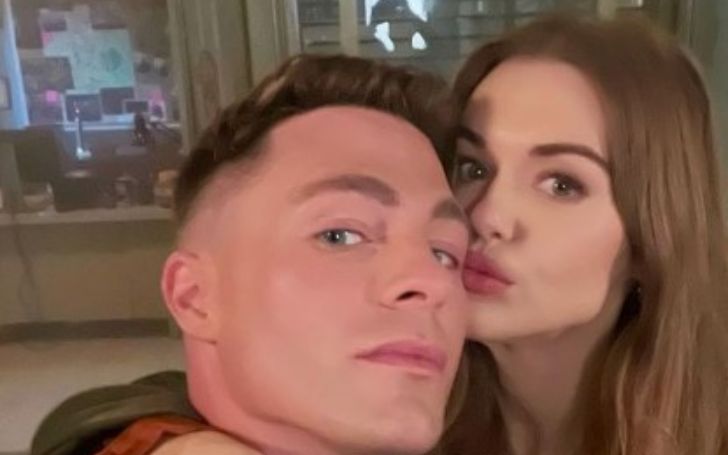 Everything You Need To Know About Holland Roden's Relationship And Dating History.

Holland Roden is a popular and stunning TV and cinematic actress, famous for her roles in various movies and TV series such as Teen Wolf, Grey's Anatomy, etc. In Teen Wolf, she co-starred alongside Tyler Posey, Dylan O'Brien, Dylan Sprayberry, and several other impressive actors.

With a successful career, Roden also thrived financially. As of 2021, she accumulates a hefty net worth of $4 million. Although it's just an estimation, for someone like Roden to be a millionaire isn't surprising at all.

Roden's fans are pretty clear with the fact that she is living an amazing life. She is doing fine financially and career-wise, but what about her love life. Is she doing equally fine romantically? Well, credible sources claim she is enjoying her time being single as of now. However, she has dated some handsome faces previously; let's learn about that here.

Holland Roden might have been in a romantic relationship with her ex-boyfriend Max Carver. They met while co-starring in the TV show Teen Wolf. Soon after, people began gossiping about them being a thing.

To be more specific, it was back in 2014 when Roden and Carver's fans started talking about them being a romantic couple. While working together, they would frequently share images of themselves together on their social media platforms.

The fact that Roden and Carver frequently featured on each other social handles and further they shared love interests on-screen boosted the rumor. Despite all of the hype, they never admitted to dating each other and all of that faded gradually.

As the rumor disappeared, many believed things between Roden and Carver did not survive. They couldn't continue going forward as a pair, and they separated in the year 2016.

Max Carver was not the only one; people speculated Holland Roden had a romantic relationship. As noted by Superb Hub, the Criminal Minds star name was also joined by her fellow co-star from Teen Wolf Ian Bohen.

Many speculated something special was going on between Roden and Ian Bohen.
Photo Source: Charity Buzz

We can not blame Roden's followers, who thought something was going on between her and Bohen. Why? It is because the two were quite close from the beginning of the series. Though it was not anything romantic, it was something special.

As a matter of fact, Roden (as Lydia Martin) on Teen Wolf even revived Bohen (as Peter Hale) from death. Besides on-screen, the duo also enjoyed each other company outside the work, which they shared on their Instagram, which pretty much explains why their fans came up with the speculations of them being a couple.

In October 2011, Roden and her alleged boyfriend, Colton Haynes, were said to be dating. They were also co-stars on the television show Teen Wolf. It seems like Roden has found all her brief romantic partners on the show itself.

Rodena and Haynes used to make jokes about their heated affair with the rumor was spread. However, later on, Haynes came out as gay. Therefore, it is safe to say that this alleged relationship is nothing more than a rumor.

Roden and Colton Haynes made a TikTok video during the pandemic.
Photo Sources: Instagram

Haynes can also be seen on Roden's Instagram account frequently, which clearly means they are very close friends even though the television series came to an end. Holland is also still in touch with other casts of the show, including Crystal Reed.

Related: What is Madelaine Petsch's Relationship Status in 2021

Both individuals never acknowledged or rejected their dating rumors, instead of making a joke about their relationship. Furthermore, Holland has also been linked with Topher Grace.

Visit Idol Persona for more content on your favorite celebrities.