Home / lifestyle / Does Honey Boo Boo Have a Boyfriend? Complete Intel of her Dating History

Does Honey Boo Boo Have a Boyfriend? Complete Intel of her Dating History

Here are all the details related to the Relationship Status and Boyfriend of Honey Boo Boo, aka Alana Thompson.

Alana Thompson is well recognized from the reality television series 'Here Comes Honey Boo Boo,' which presented the life of the child beauty pageant Alana Thompson popularly known by her nickname in the series 'Honey Boo Boo.' The show ran on TLC from August 8, 2012, to August 14, 2014.

Honey Boo Boo's fame in television began from the TLC reality show named 'Toddlers & Tiaras' before starring for 'Here Comes Honey Boo Boo.' Once during her debut in the show, Alana hurled abuse at a fellow contestant which earned her the nickname of 'Honey Boo Boo.'

TLC canceled the program 'Here Comes Honey Boo Boo' on October 24, 2014, after a cast member June "Mama June" Shannon was seen with a man who molested her oldest child and is father to another of her children. After four seasons, the show ended, but some of the episodes of the fifth season that were already recorded before the cancellation aired on TLC as the two-hour special 'Here Comes Honey Boo Boo: The Lost Episodes.'

Alana Thompson, after the show got terminated, did not appear on any other reality serials. Honey Boo Boo and her family's reputation degraded following the events of Mama June dating the sex offenders and being charged with the possession of crack cocaine.

The collapse of once a loved-reality show must be making you wonder about what became of the show's star Alana Thompson. You might be wondering about the personal and love life of Honey Boo Boo, so in this article, we present to you the complete information about the romantic relationships and boyfriend of Honey Boo Boo.

Honey Boo Boo aka Alana Thompson, who's worth $800,000, is not involved in a relationship with any guy at present. Honey Boo Boo is just a 14-year-old teenager, and it is evident that she is less experienced in dating and being in relationships.

Honey Boo Boo aka Alana Thompson, is not involved in a relationship with any guy at present.
Source: Heavy

Alana Thompson may be dating in secret as she keeps her love life very private to herself. But we are pretty sure that we will see Alana with the love of her life soon in the future. She may even reveal details of her love life publicly on social media in the coming days.

June "Mama June" Shannon got arrested for the possession of the narcotic drug cocaine, along with her boyfriend Geno Doak, in March of 2019. The police approached her at a petrol station in Macon County, Alabama, after reports that her boyfriend was threatening her. When the officers searched June, they found her in the hold of crack cocaine and a pipe, which resulted in the arrest.

In the following video clip, Alana Thompson is devastated by the news of her mother's arrest news, and she is confronting June on the matter showcasing her frustration.

Well, Honey Boo Boo, who recently underwent weight loss, faced and is facing lots of ups and downs in her life. We wish that she takes care of herself in making her future better and successful. 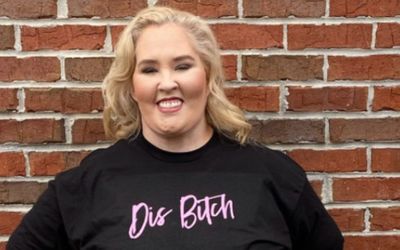