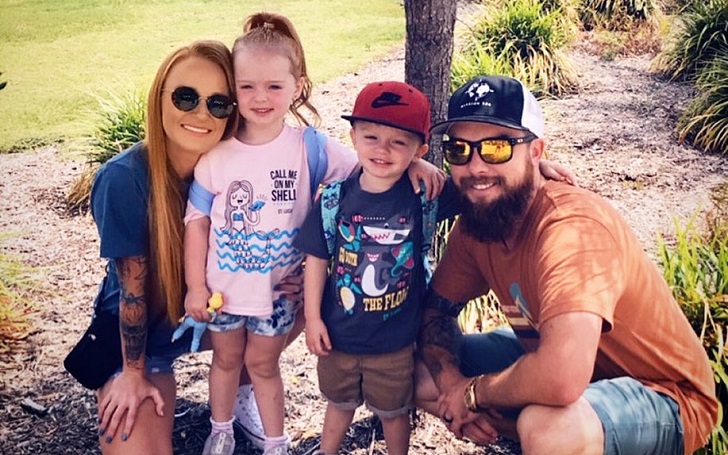 As the whole country goes under self-isolation, Maci Bookout is trying her best to keep her family entertained aside from digital media.

Come on! Don't deny you've heard news of relationships getting better in a more positive way due to the CoronaVirus lockdown. It was kind of similar for 'Teen Mom OG' Maci Bookout and her ex, Ryan Edwards, but much the same between her, her husband — Taylor McKinney — and the kids.

In the past few days, Bookout has been vocal about "not hating" Edwards as they agree on looking past their differences and co-parent their son, Bentley Cadence Edwards, with more dignity. And it's despite the protective order against him. But on the other side, her three kids have been quite entertaining for the current parents in their Tennessee mansion.

They're keeping it all cool.
Source: Maci Bookout McKinney, Instagram

With self-isolation, it's apparent people would be spending too much time on their phones. And when it comes to kids, it's often detrimental to leave them with it. Bookout and McKinney are taking measures, as much as they can, as they try to prevent their kids from getting "mushy brain"s during self-isolation from the CoronaVirus outbreak.

We've definitely been trying our best to make things fun and not what we call 'mushy brain,' when kids watch TV or sit in front of an iPad too long.

Some hilarious videos have come out from the family's social media accounts. But the parents have been mindful of generating creative ways to keep them busy, like pirate adventures to basketball tournaments for 11-year-old Bentley, 4-year-old Jayde, and 3-year-old Maverick.

Homeschooling Bentley has been one of the more complicated things that Bookout needs to do as she tries to "figure out how teachers do it". For him, his relationship with his paternal grandparents, Jen and Larry Edwards, has been the same as ever, as well.

Viewers are aware of the difficulties they've had in co-parenting their son.
Photo Source: Instagram

"He was able to go over to Jen and Larry's for a couple days about a week ago, or less than a week ago," Maci, 28, stated. "They have FaceTime and stuff. So they definitely still through technology see each other often."

As for Edwards himself, she's taking baby steps in keeping the differences aside, for the sake of Bentley.

"For now, we're in a place where we're trying to do what's best with Bentley and not try to force anything as far as our relationship goes nothing that wouldn’t happen naturally. We're taking slow small steps. Keeping open-minded communication with him is really important and making sure he isn’t internalizing anything and handling his emotions well. We're lucky because he's easy."