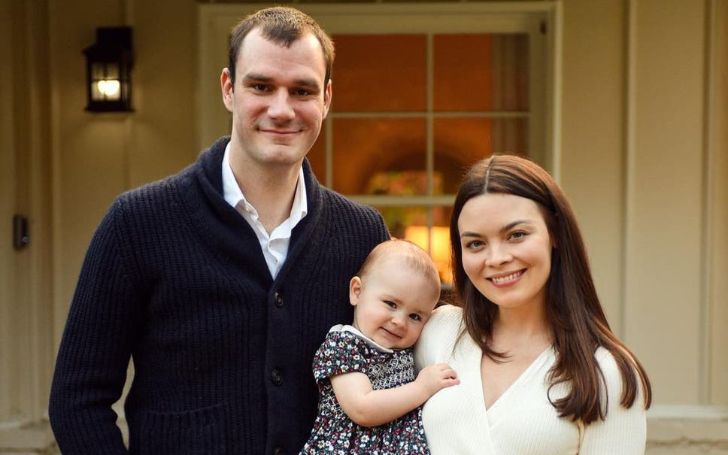 Cooper Hefner is the youngest son of Hugh Hefner. He is married to his wife, Scarlett Byrne. She is professionally an actress who is well known for her work in the movie "Harry Potter."

Hefner and his better half, Byrne, recently announced that they are expecting twins in March, as stated by The Sun. Yes, the love birds are about to expand their family.

Cooper, 30, told PEOPLE on Thursday, "Both Scarlett and I found not be happier to continue the adventure of parenting together." The lovebirds, who already have a 15-month-old daughter named Betsy Rose, took to Instagram to share the happy news with their followers.

"This spring Scarlett and I will be welcoming two new members of the family." "We couldn't be more excited as we await the arrival of our twins," Copper wrote.

"A very Happy Thankgiving to all!" he added.

Recommended: Carrie Underwood And Her Family Celebrated This Year Holidays at Disney World

Cooper can be seen posing next to Scarlett as she cradles adorable toddler Betsy Rose in one arm and her blossoming baby jump in the photo released alongside the announcement.

The actress, who played Pansy Parkinson in the hit franchise, looked stunning in a white knitted wrap dress as she and her family posted for the photo outside on the same day they celebrated the US holiday.