Home / lifestyle / Who is Huma Abedin? Get All the Details Here!

Everything to know about Huma Abedin Here!!

Huma Abedin is a well-known American political staffer who served as a vice-chair for Hillary Clinton's presidential campaign in 2016. Her collaboration with Clinton has been well known since she served as US Secretary of State.

Abedin was married to Anthony Weiner; however, the couple finalized their divorce in 2018 as per BBC Gossip. The duo shares a son named Jordan Zain Weiner. In this article, besides her personal, we'll learn all about her, including her professional life.

Who is Huma Abedin?

Huma Abedin, 45, was born on July 28, 1976, in Kalamazoo, Michigan, United States. She was raised by her parents Syed Zain Abedin and Saleha Mahmood Abedin. Her father and mother were both educators who met at the University of Pennsylvania for the first time.

Abedin is of mixed ethnicity because her parents are of Indian and Pakistani descent. She practiced Islam and grew up in Saudi Arabia with her sister and brother. Huma moved to the United States to attend college and has since made her home there.

Huma is also known to have attended a British Girls School. She attends George Washington University for her undergraduate studies, graduating with a journalism and political science degree.

Huma Abedin began working as the associate editor of the Journal of Muslim Minority Affairs, her family founded. Meanwhile, she worked as an intern at the White House, where she first met Hillary Clinton. She later started officially working in Clinton's office and became her personal advisor during the US Senate campaign in 2000.

Huma Abedin began working as the associate editor of the Journal of Muslim Minority Affairs, which her family founded.
Photo Source: Instagram

Abedin remained as her traveling chief and Middle East advisor during the Democratic presidential nomination in 2008. She later worked as a special government employee and as a paid consultant for the Clinton foundation. Subsequently, she left the State Department in 2013 to start her private consulting firm, Zain Endeavors LLC.

Later that year, Huma worked as a personal assistant for Hillary Clinton's 2016 presidential campaign. She recently completed a memoir book titled Both/and: a life in many words. 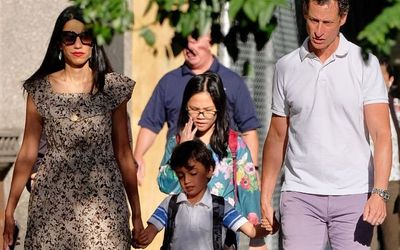