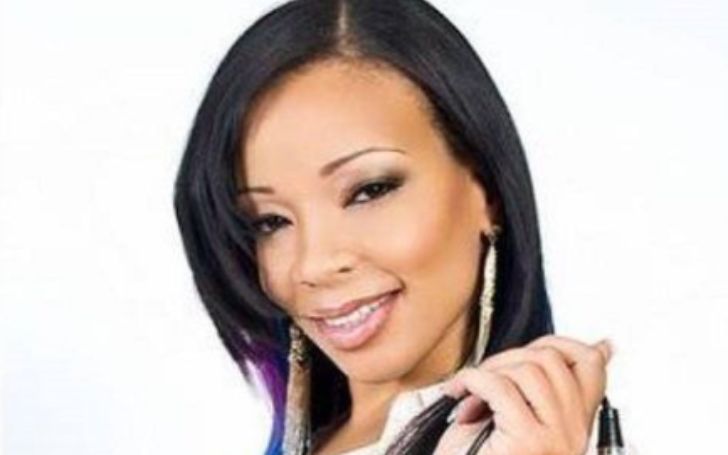 Learn All The Details On Ice-T's Daughter Letesha Marrow!!

Letesha Marrow is a well-known TV personality and host. She is also the celebrity daughter of Ice-T, a rapper, and producer.

The 45-year-old host made an appearance on the reality show Ice Loves Coco. Similarly, Marrow also made several appearances on the TV show with her son Elyjah Marrow.

Letesha Marrow was born on March 20, 1976. She is the daughter of Adrienne and Ice-T. Her father and mother were high school students when she was born, and her mother continued to attend classes while parenting Letesha.

Marrow's parents eventually separated, and Ice-T went on to have other relationships and two more children: Tracy Marrow Jr., born in 1992 with Darlene Ortiz, and Chanel Marrow, born in 1997 with Nicole Austin.

Letesha Marrow was married, but later she got divorced. Her husband's identity hasn't been revealed yet. Marrow began taking singing lessons when she was five years old. She pursued her musical ambitions throughout her adolescence, but she gave birth to a boy at eighteen after marrying.

Letesha Marrow was married, but later she got divorced.
Photo Source: thecelebsinfo

Marrow later decided to pursue a career in television. She did not continue her education after high school. In her adolescence, she gave birth to Elyjah Marrow. He was born in California, United States of America, on March 10, 1994.

Recommended: Who is Krishna Thea Lakshmi-Dell Father? All Details Here

Elyjah Marrow, Letesha Marrow's son, was imprisoned in Marietta, Georgia, in 2014 after mistakenly shooting his roommate. When the incident occurred, he was 19 years old. Elyjah accidentally shot his pal Daryus Johnson in the chest while handling a stolen weapon, according to investigators and police.

Johnson was later taken to the hospital by police, but he died there. Marrow's son was also charged with several other offenses, including marijuana possession, firearm possession, and reckless behavior.

After serving his sentence, Elyjah was released from prison in 2019. His mother's delight was clear as she greeted him after a five-year separation. Elyjah is currently residing in Marietta, Georgia, with his mother.

As a hostess, Letesha Marrow earns a lot of money. Her net worth is estimated to be $2 million, as per Glamour Path. Apart from that, her involvement in various businesses, such as CEO and TV host, has enabled her to amass a sizable net worth.

As a hostess, Letesha Marrow earns a lot of money.
Photo Source: superbhub

The total wealth of an American television personality is sufficient for her to live a luxurious lifestyle. Marrow also has a high-end vehicle and enjoys accessorizing with expensive items. Her father Ice-T is estimated to have a total net worth of $60 million.