Home / lifestyle / Are Ilana Glazer & and David Rooklin Married? Details on their Relationship

Are Ilana Glazer & and David Rooklin Married? Details on their Relationship 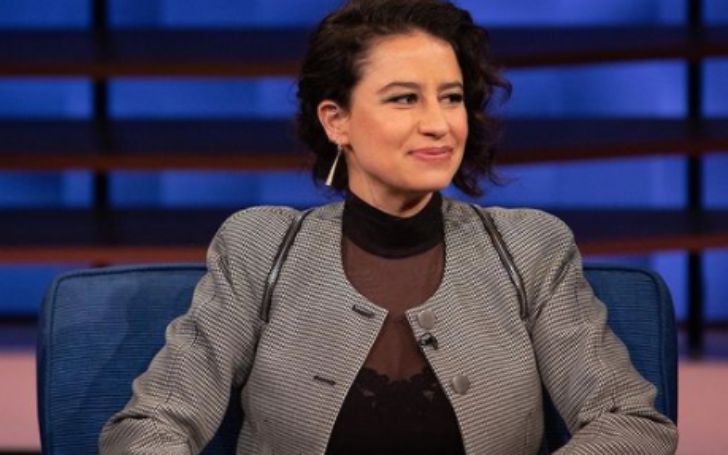 Grab All The Details On Ilana Glazer Personal Life!!

Ilana Glazer has a net worth of $6 million and is an American comedian, actress, and writer. She is best known for acting alongside Abbi Jacobson in the Comedy Central television series Broad City.

The 34-year-old actress also co-created and performed in the 2016 Comedy Central miniseries Time Traveling Bong, and in January 2020, her first stand-up comedy special, The Planet Is Burning, premiered on Amazon Prime. Besides her professional life, grab details on Glazer's personal life in this article.

Yes, Ilana Glazer and David Rooklin are married. As per People, The couple married in a secret City Hall ceremony on February  25, 2017, and the news was confirmed when her close friend and fellow comedian Phoebe Robinson posted a photo of the two on Instagram to congratulate the newlyweds.

Ilana Glazer has a net worth of $6 million and is an American comedian, actress, and writer.
Photo Source: Instagram

"Belated congrats to these gorgeous [kids] on their wedding," she said, reposting a photo of the newlyweds that another acquaintance had shared on February  26. Robinson wrote, "I love you hard and deep." "You are #RelationshipGoals and an inspiration to me."

You May Also Like: John Mulaney Divorces from Ex-Wife Anna Marie Tendler After Welcoming Son with Olivia Munn

Glazer has kept her romance private, but the two have been dating since 2014.

As noted by Page Six, On July 19, Ilana Glazer announced the birth of her first child with her husband David Rooklin through Instagram. "Been breastfeeding in compression socks for the past 3 weeks, hbu?" Glazer said besides a photo of her baby.

On July 19, Ilana Glazer announced the birth of her first child with her husband David Rooklin through Instagram.
Photo Source: Instagram

Glazer told Lady Gunn in early July that she was "really looking forward to the following several months" after giving birth because she would be spending time with a "whole new human."

"There is something that has been consistently clarifying in my pregnancy," Ilana said of the lessons she learned as an expectant mother.

Glazer clarified, "It's appalling that women are treated as second-class citizens in all socioeconomic positions, all over the world, and with varied degrees of money and color, all of these qualifiers that place us in boxes. The unacknowledged infractions range in severity from minor to massive and heinous."

Ilana Rose Glazer, better known as Ilana Glazer, was born in St. James, New York, on April 12, 1987. Sandi Wexler and Larry Glazer raised her and her brother Eliot Glazer in a Jewish environment.

Eliot is an actor and writer who has written for the TV shows New Girl and Younger. He has also played Ilana's brother on Broad City. Glazer went to Smithtown High School and subsequently to New York University, where she majored in psychology and graduated in 2009.