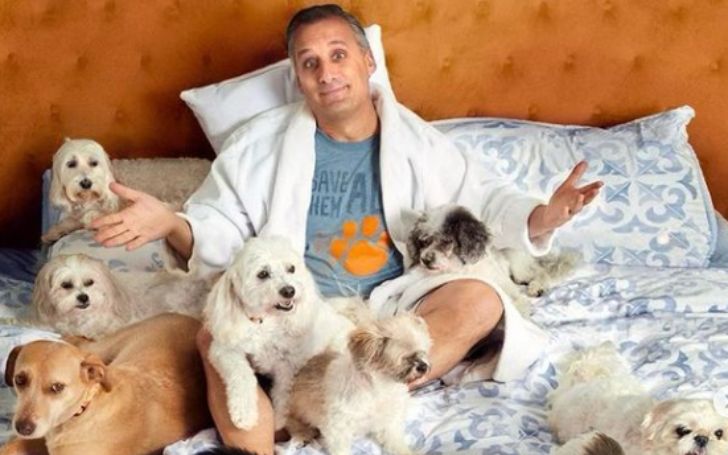 Because of personal reasons, Joe Gatto is departing Impractical Jokers, but his co-stars want fans to know that the show will go on without him. In light of Gatto's leaving, which he officially revealed on Friday, Sal Vulcano, Brian "Q" Quinn, and James Murry issued a unified statement through Instagram.

As stated by Pop Culture, while Gatto's departure is disappointing, the remaining members of the Tenderloins comedy troupe promised fans that more episodes of the successful truTV show were on the way.

Joe Gatto is departing Impractical Jokers, but his co-stars want fans to know that the show will go on without him.
Photo Source: Instagram

"We never envisioned doing Impractical Jokers without Joe after all these years together," the group wrote. "While we are heartbroken by his departure, we want to continue making people laugh and maintain our work relationship with the member of our team home we consider family. In January, with the help of our fans, we'll resume works on a new chapter of Impractical Jokers."

Recommended: "Emily in Paris" Season 3: Everything We Know

Gatto's going away is due to personal concerns. Bessy Gatto, the 45-year-old comedian's wife, has filed for divorce. As a result, Gatto, who can also be seen on TBS' The Misery Index, wants to concentrate on being the best father and co-parent possible. Milana Gatto, who is six years old, and Remington Gatto, who is four years old, are the couple's children.

"Hello everyone. I just needed to let you all know that I will no longer be working with Impractical Jokers," Gatto posted on Instagram. "I've dedicated a decade of my life to establishing this franchise with my friends, and I couldn't be more proud of what we've accomplished."

He added, "However, I am forced to take a break owning to personal concerns. Bessy and I have mutually agreed to split ways peacefully, so now I must focus on being the best father and co-parent to our two wonderful children."