Ireland Baldwin Gets a 'Mini FaceLift' - All details Here 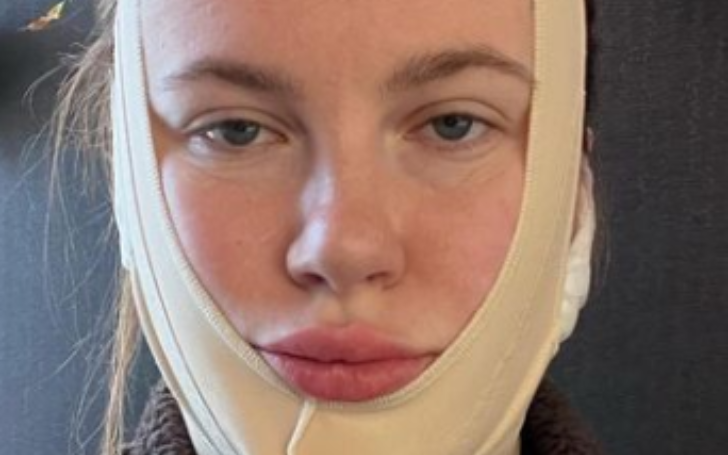 Grab All The Details On Ireland Baldwin Gets a 'Mini FaceLift'!!

Ireland Baldwin is a fashion model from the United States. She began modeling and acting in 2013, with a role in the film Grudge Match. She has also been featured in editorials for magazines such as Grazia.

Baldwin is also an outspoken supporter of animal rights, having posed for PETA 24 years after her mother. Ireland began DJing professionally in 2019. Her estimated net worth is around $1 million.

Ireland Baldwin Gets A "Mini FaceLift"

As per Page Six, Ireland Baldwin's fans were taken aback when she announced that she had a "little facelift" at the age of 26. The model and her 27-year-old cousin Alaia chose the "minimally invasive" surgery.

Ireland Baldwin's fans were taken aback when she announced that she had a "little facelift" at the age of 26.
Photo Source: Instagram

According to reports, the therapy is intended to "permanently eliminate fat cells" and tighten the skin on the lower face and neck. Baldwin took to Instagram to share photographs of herself and her cousin dressed in compression bandages following the treatment. "Cousins who facetite together, stay together," Ireland said in another post, sharing a photo with Alaia.

Ireland contacted Dr. Michael Kim for the cosmetic operation, which is reported to involve "Radio-Frequency Assisted Lipolysis (RFAL) housed in a slender wand that is implanted beneath the epidermis." According to the doctor's website, RFAL "permanently eliminates fat cells while tightening the skin of the lower face and neck."

Facetite claims to "deliver micro facelift-like effects without the associated scars, downtime, and cost" and is performed "under local anesthetic or mild sedation in the office procedure room with only two to five days of downtime."

Ireland Baldwin and her cousin were snapping selfies while wearing head bandages after the treatment. Naturally, her fans and internet followers began to comment on her posts. The bandage is worn to reduce swelling and pain after the treatment; underneath, there is very nothing to see because the incision is so tiny.

Ireland Baldwin and her cousin were snapping selfies while wearing head bandages after the treatment.
Photo Source: Instagram

Surprisingly, Baldwin's fans mainly were positive about the situation, to the point that several of them were going to have it done. Of course, some people thought she was too young, at 26 years old, to have anything done.