James Cameron's Avatar movie, which became the top-selling global release of all time in 2010, enjoyed that title until Marvel's Avengers: Endgame came in the game. However, Avatar reclaimed its position as the highest-grossing film at the global box office recently.

Back in 2010, Avatar became the biggest movie globally after passing Cameron's own 1997 Titanic. Avatar grossed $203 million as a whole in its opening weekend.

Since then, Avatar was enjoying the title of biggest grossed film until 2019. It lost the position against Marvel's Avenger: Endgame. Talking of numbers, Endgame surpassed Avatar by collecting a massive green of $2.797 billion.

However, Avatar is back on track after its recent re-release. As Pop Culture noted, Cameron's film snagged the title from Avenger's with $2.8 billion. Avatar succeeded in doing that after the movie was re-released within China's fans, which brought them $8 million on Saturday alone.

Avatar's team were proud of their accomplishment, and producer Jon Landau celebrated the won-again title saying, "We are proud to reach this great milestone, but Jim and I are most thrilled that the film is back in theaters during these unprecedented times, and we want to thank our Chinese fans for their support." Further, he added, "We are hard at work on the next Avatar films and look forward to sharing the continuation of this epic story for years to come."

Marvel Studios, who lost the title, also acknowledged Avatar's achievement by congratulating the filmmakers with a tweet. The studio tweet wrote, "Congratulations to [Jim Cameron],[Jon Landau], and ALL of Na'vi Nation for reclaiming the box office crown!" In addition to that, it wrote, "We love you 3000. [Official Avatar],"

The recognition continued with the Russo brothers, directors of Avengers: Endgame. "Passing the gauntlet back to you... [James Cameron]," 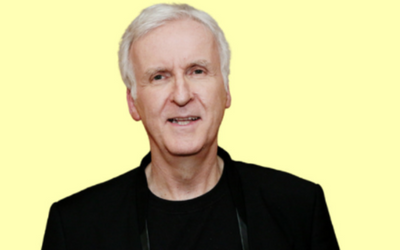 James Cameron Reveals he may not Direct Avatar 3 and 4