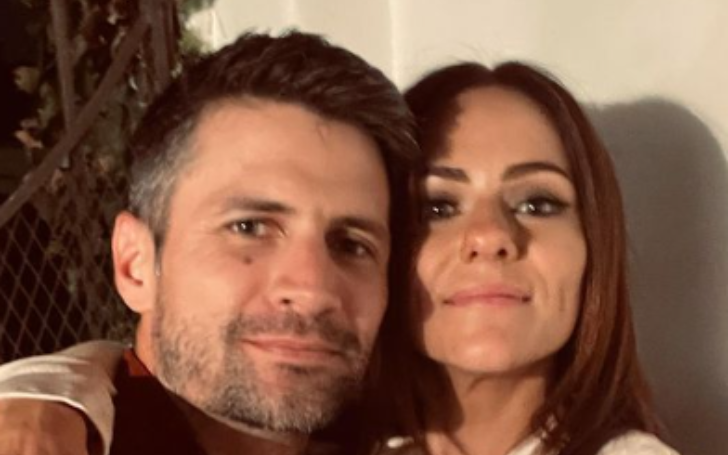 According to People, James Lafferty married Alexandra Park in Oahu, Hawaii, more than a year after revealing their engagement.

Hatty Preston, a friend of The Royals star, confirmed the couple's marriage by releasing an Instagram slideshow from the wedding ceremony earlier on Thursday.

James Lafferty married Alexandra Park in Oahu, Hawaii, more than a year and a half after revealing their engagement.
Photo Source: Instagram

'Our Parky got Lafferty'd,' the actress captioned a shot of Park busting moves on the dance floor during the wedding. 'And these are Mario Testino's official wedding photos.'

Park looked stunning in a strapless white lace gown and kept her dark brown hair loose and flowing for the most part. Her haircut, however, would be put to the test when she took the dance floor a few times, as Preston captured.

You May Also Like: Josh Duggar is sentenced to more than 12 Years in Prison!

The bride appeared to be a young lady bouncing out at a concert as the music pounded through the sound system in a sequence of fun-filled photos.

She was spotted with her husband and a few guests, one arm lifted in the air with joy, and the other used to hike up her gown so she wouldn't trip or fall down completely.

There's also a shot of the bride crying as another female friend places a floral crown on her head before the ceremony.

Stephen Colletti of One Tree Hill and Tom Austen and Merritt Patterson of The Royals were among the guests at the wedding.

Park and Lafferty met on the set of The Royals, where Park played Princess Eleanor for four seasons, and Lafferty directed numerous episodes, and they began dating in 2015.

They tried their hardest to keep their connection a secret until three years later when they eventually admitted it and confirmed their partnership.

In September 2020, he would announce their engagement with the words "She said yes" and a photo of Park's engagement ring on Instagram.