Home / lifestyle / Who is Jamie Foxx's Daughter, Corinne Foxx? Everything To know About Her in 2021 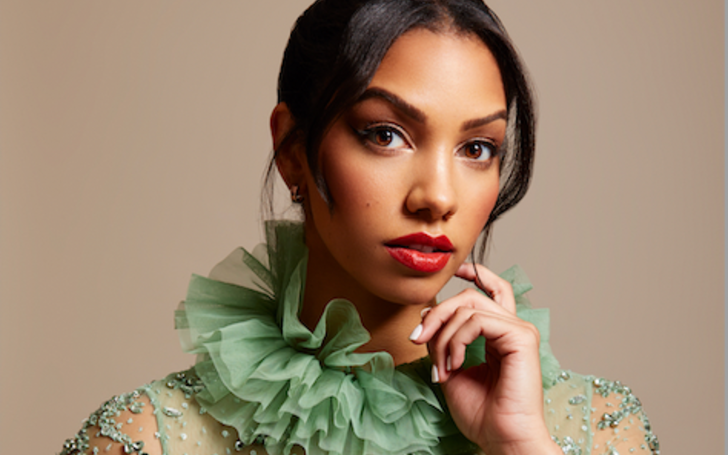 Let's Get To Know Everything About Jamie Foxx's Daughter, Corinne Foxx, in Detail.

Corinne Marie Bishop, professionally known as Corinne Foxx, is an American model and actress born and brought up in California, United States, in 1994.

At the age of six, Corinne made a cameo in The Jamie Foxx Show, appeared on Sweet/Vicious, and served as Miss Golden Globe in 2016. She was also featured as Sasha in the horror sequel 47 Meters Down Uncaged in 2019.

Corinne Foxx was born as a daughter to Jamie Foxx and Connie Kline. Later, after dating for a couple of months, the pair split, and her father was linked with two other beautiful faces, Kristin Grannis and Katie Holmes.

Talking about Corinne, 28, mother Connie, 51, who Jamie dated for a short time in 1993, is an accountant at CK Financial. Although the relationship between mother and daughter is not going strong after her daughter and her ex embraced her in the spotlight, Corinne posted her on Instagram, which seems she wants her back in her life.

Annalise Bishop is Corinne's half-sister from her father's side. Her young sibling, Annalise, 12, was born in 2009 to her dad and his ex-girlfriend, Kristin Grannis. The duo dated from 2013 to August 2019, as noted by US Magazine.

In Short About Corinne Foxx Education

As already mentioned, Corinne Foxx was brought up in California as the daughter of Oscar-winning actor Jamie Foxx. She enjoyed a lavish life from the early days.

Regarding Foxx's academics, she completed her high school education at Sierra Canyon School. There she was also active as a cheerleader. Moreover, she was even featured on America Cheerleaders' cover in 2011.

In 2016, Foxx enrolled at the University of Southern California for higher education. There, she studied public relations as a cheerleader and member of the Pi Beta Phi fraternity with a Bachelor's Degree.

Corinne studied acting at the Howard Fine Acting Studio and American Academy For Dramatic Arts in Los Angeles. After then she began her modeling career at the age of 20.

Who Is Corinne Foxx Dating? Let's Discuss Her Love Life

According to E Celebrity Mirror, Corinne Fox is romantically linked with her boyfriend, Joe Hooten. The pair made their relationship public in July 2019 via Instagram.

Through that post, the duo seems to share an incredible bond, being featured together going outdoors and spending the weekends together. Foxx and Hooten beag to date in 2018.

Before Joe, Corinne was seen romantically engaged with her college friend Austin Lantero back in 2015. Both used to get featured on Instagram, posting pictures of themselves regularly, till 2018. Later, the couple was speculated to break up with each other for undisclosed reasons.

As per En Starz, Corinne Foxx is a millionaire with nearly $10 million net worth. A model's average salary in Los Angeles is about $60,000 per year, which might be her annual earnings.

Corinne Foxx is a millionaire with a net worth of $10 million.
Photo Source: Instagram

However, Corinne's father is a multi-millionaire, so she really has nothing to worry about financially. Further, this might also be the reason for her massive fortune. Talking about her dad, Jamie Foxx holds a hefty net worth of $150 million as of 2021.

Stay tuned with us in Idol Persona for your fav celebrity updates.

Who is Annalise Bishop? Find It Out Here