Jamie Foxx Spotted with a Mystery Woman at a Dinner Date 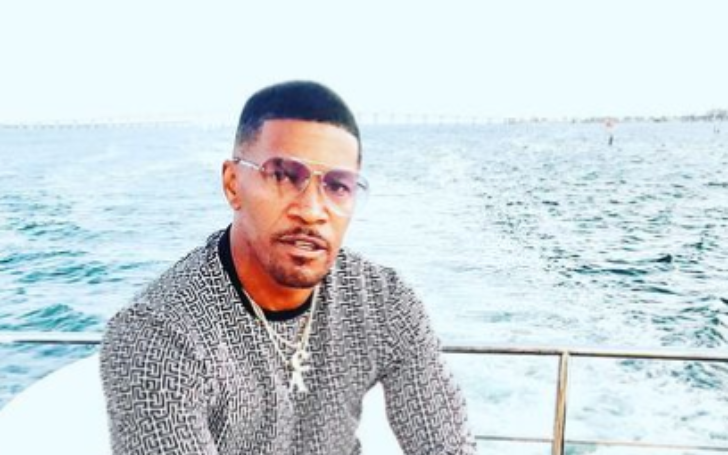 Jamie Foxx Spotted with a Mystery Woman at a Dinner Date

As per Daily Mail, Jamie Foxx was caught dining with an unknown woman at the upscale Los Angeles restaurant Nobu Malibu.

On August 20, the actor, 53, was seen leaving the hot spot wearing a white sweater, black trousers, and white sneakers. He accessorized his modest ensemble with gold chain necklaces before boarding a luxury white vehicle with a female friend.

While it's unclear whether Jamie was dining with a buddy or romancing a new girl in his life, fans are aware that he was previously involved with Katie Holmes. She and Ray first fueled relationship speculations in 2013 when they were pictured dancing together at a charity event in the Hamptons.

They kept their romance private. In reality, in an interview with Entertainment Tonight in October 2013, Jamie stated that the romance rumors were "100% false."

The duo was then seen together at Clive Davis' 2018 Pre-Grammy Gala in New York City. The couple eventually attended their first public event together, the 2019 Met Gala, after a long line of paparazzi images. However, paparazzi photos ceased to surface a few months later.

Jamie Foxx was seen holding hands with singer Sela Vave after it was announced that he and Katie had split in August 2019.

Jamie's most recent excursion with a potential new romantic interest comes just a few months after his Netflix comedy series Dad Stop Embarrassing Me! debuted on the platform. It stars him and Kyla-Drew as Brian and Sasha Dixon, father and daughter.

Sasha moves in with Brian full-time in the show, which is inspired by Jamie's real-life relationship with his daughter Corinne Foxx, who acts as an executive producer.