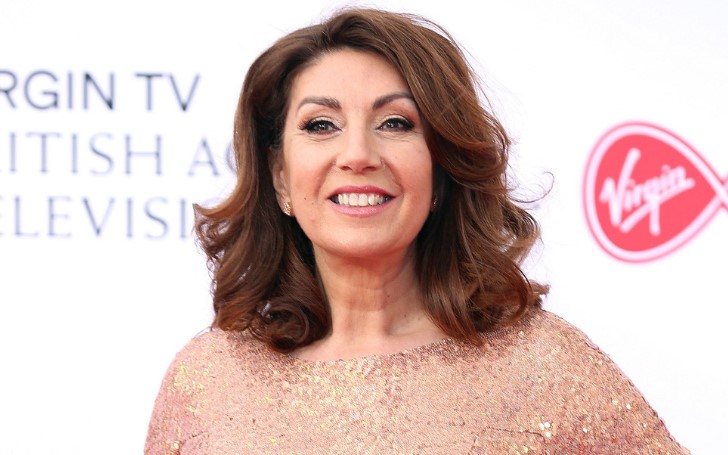 Jane McDonald (born Jane Anne McDonald) is an English singer/songwriter, actress, and television personality who is well known for her appearance on the BBC show 'The Cruise.' The media personality is also known for co-presenting a number of daytime TV shows like 'Loose Women.'

Born in Wakefield, West Riding on 4 April 1963, Jane has remained on top of her game, the easy-singing singer is blessed with talents, and we don't think we need to stress more about her career. But we are here to talk about her transformation.

Jane McDonald underwent a massive weight loss transformation following which the fans could not help but wonder how she did it. Let's find out how a television personality lost four stones.

It was back in 2018, that the television personality underwent a massive four-stone weight loss ahead of her big day, leaving fans in awe, and questioning how she did it.

So, according to the reports, her journey to keep off the extra pounds started in 2016, back then, Jane was stressed due to her busy schedule, she did not know how unhealthy she was eating.

Jane was consuming way more sugar and carbohydrate in her meals, and the television personality did not know alcohol contains sugar too. Hence, she started her weight loss journey by merely cutting down alcohol and sugar from her diet.

Jane, during the time, said, "I didn't think I was overweight when I went in there, but I changed my diet, and I just feel so much better. I've got a lot more energy, I look different, and I feel fantastic, and that's just by cutting out sugar from my diet."

Also See: Tom Urie's 18-Stone Weight Loss, How Did He Do It?

McDonald further added, "It was the biggest shock – the alcohol. It's full of sugar. Now I hardly ever drink. My body doesn't crave it anymore. My body isn't thinking that it needs sugar. I have the odd glass of champagne or two on a special night, but that's about it."

What Did Jane McDonald Do to Keep The Weight Off the Bay?

Talking to the media outlets, Jane McDonald stressed she did not spend a fortune for detoxes and gym sessions. In fact, she did it simply by replacing her junk foods with fresh ingredients and also improved her carb snacking habits by healthier alternatives like organic nuts.

Jane said, "I can't tell Im fully sugar–free, but Im probably 80 percent, and I think that is quite healthy. It works for me. If I'm traveling, I always take things with me like salmon and oatcakes."

The reports further suggested the singer used to blame her age for her low metabolism and unhealthy fat, but with slight changes in her diet, the singer found out, it was the food that was to blame not her age.

You May Also Like: Roger Raglin Weight Loss Plan - All the Details Here